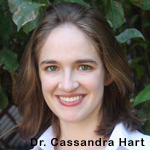 In a Florida House committee last week, a dutiful Democratic representative objected to a bill expanding Tax Credit Scholarships by raising a common objection. “I could run a successful school as well if I could cherry-pick my students, ’’ said Rep. Scott Randolph, “unlike the public schools who take everyone, both low-performing and high-performing.”

Leave aside the fact that the scholarship to which he referred is available only to students whose household income qualifies for free or reduced-price lunch and that the actual average income this year is only 12 percent above poverty. Randolph’s question persists in the national debate, and a new, as-yet-unpublished academic study gives us one of the most complete answers to date about which students choose these private options and why.

The short answer is this: In Florida, the students who choose these scholarships are struggling academically and come from school districts that don’t give them many other options.

The research is titled “Selection in means-tested school voucher program” and was conducted by University of California-Davis education professor Cassandra Hart with help from respected Northwestern University researcher David Figlio. It takes the measure of the Florida Tax Credit Scholarship, which is now 10 years old and has 38,000 students in nearly 1,200 private schools. Figlio has previously determined, with four straight years of consistent data, that students choosing the scholarship are among the lowest performers at the public schools they leave behind. This report goes further in providing context.

The students who choose the scholarship:

“From a policy perspective,” Dr. Hart wrote, “examining public school contexts is important because these policies are often justified as a way to help students exit underperforming, unsafe schools. Knowing that these policies do in fact attract applicants in poor schools is useful in gauging the success of the voucher policies in opening up choices to families in low-quality schools.”

Just as important, the research suggests that, at least in Florida, there is no skimming the educational cream. These are students who are among the lowest academic performers and their parents go through an extensive application process to verify their income and usually pay hundreds of dollars out of pocket to make up the difference between the $4,011 scholarship and actual tuition and fees. As Hart noted, “These time and financial costs suggest that parents are unlikely to apply on a whim. Rather, some specific factors are likely impelling them to apply.”

The people who administer the program in Florida and work with the parents who apply for scholarships typically describe them as desperate. Their children are on a downward path academically, and they’re just looking for an option that might work. In other words, these are not students that most educators would associate with the words “cherry pick.”