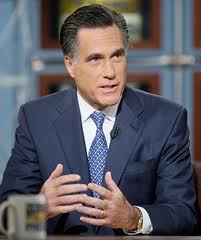 Mitt Romney’s white paper on education, “A Chance for Every Child,” offers laudable support for increased parental choice and for other  changes, such as tenure reform, that must occur to improve education in America. Like Obama, Romney wants to leverage federal dollars to move states in the right direction on public school choice, especially the removal of charter school caps and the adoption of open enrollment policies. He also advocates for private school choice “where permitted by state law.”

But is his plan viable? And will he lead to implement it?

Romney would remove most of No Child Left Behind’s accountability standards in favor of expanded reporting on how schools are different. He would allow states to set their own standards and tests, but print the state’s National Assessment of Educational Progress (NAEP) outcomes on school and district report cards. NAEP brings much value to the discussion of education performance in America, but none to how an individual school district or school is performing because it does not test sufficient numbers or in every school and district. Implicit in this move – away from accountability by achievement measures towards improved information about schools – is that such information is lacking today. But parents are actually quite knowledgeable about local schools’ pluses and minuses and can access sites such as www.Greatschools.org for more detailed information.

So, for this information to be vastly more empowering than it is today, Romney recognizes that school choice would have to be dramatically expanded. That’s especially true for public school choice where, frankly, most of the schools will be for the foreseeable future.

The Romney plan seeks to expand choice primarily in two ways. First, he would convert Title 1 and federal special education (IDEA) funds that go to schools serving economically disadvantaged students. They would become vouchers that the eligible Title 1 and special ed students could take to any other school, including a private school, or even to a tutoring provider or digital school. Second, he would require states, as a condition for receiving these funds, to adopt open enrollment policies and eliminate caps on charter and digital schools.

The Title 1 and IDEA proposal is worthy of consideration.

But it would require enormous attitude adjustments everywhere, especially in Republican strongholds. For it to have meaning, attitudes toward choice and open enrollment would have to shift dramatically. Frankly, for most of Middle America, public education and the “common school” is a widely supported belief in theory only. In practice, it is my public education and my school for my kids in my neighborhood. It’s not for poor kids, or kids who don’t look like mine, or kids who don’t come from the same type of background and home that mine come from. Let’s not even go there for special education students where IDEA has never come close to funding the costs involved. Spending would have to be dramatically increased for this concept to be viable.

It’s certainly not just Republicans who hold this attitude. (I am dealing with it first hand right now in trying to relocate a continuation high school in the solidly blue San Francisco Bay area.) Since this proposal comes from the person Republicans want in the White House, however, reviewing the record is of value.

Look at the Red State belt from Montana and the Dakotas down through Texas. How many of those strongly Republican states have enacted private school choice programs? How many have open enrollment policies statewide? Montana, North and South Dakota and Nebraska do not even have charter school laws. The Center for Education Reform ranks Kansas’ charter law the fourth weakest in the country, with a grade of F. It gives Texas’ law a D.

So I wonder: How is this vast transformation of education going to occur in a Romney Administration? I’ll take a backseat to no one in my objections to policies advocated by teachers unions, but the not-in-my-backyard culture about education is every bit as large an obstacle to empowering poor families. The Cleveland voucher program, which led to the Zelman Supreme Court decision affirming vouchers as constitutional, offered exceptional financial incentives to the surrounding suburban school districts to serve Cleveland students. Yet none would accept even one student. If the attempt to open enrollment broadly fails, Romney’s school choice initiative is substantially diminished.

Without open enrollment, school choice will rely on charter school expansion and publicly supported private school choice programs as the primary vehicles, though digital schools offer some interesting possibilities moving forward. Romney’s paper is vague in these areas. He wants to increase the access of charter management organizations to capital and increase their funding to the equivalent of other public schools. But he offers no specifics on how this spending is going to make it through his party’s spending hawks. What charters need most is capital to grow and build buildings, but such a program would seem anathema to Republican policies that abhor having the federal government invest in the private sector and/or pick winners. On increasing private school choice, he seems to defer to states entirely.

In summary, few of these ideas are new. The Republicans held the Congress and White House for six years and acted on virtually none of them. They hold many state legislatures, too, where they have not enacted open enrollment policies or private school choice programs. Romney declares “that states and localities are best positioned to reform their education systems and must take the lead.” But he seems to offer the same formula the Obama Administration is using to stimulate them to action.

What happens when they don’t act? How much support will he gain from his party to leverage federal funds for change? At the bottom line, will Romney stand up and lead a change in attitude and culture about school choice and parental empowerment?

So far, he has not made it a lynch pin for his presidency. But that is what implementing his program would require.