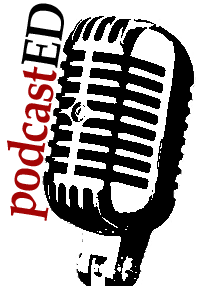 Last fall, Arlene Ackerman, the former schools superintendent in Philadelphia, made a stunning announcement for someone of her status. In a newspaper op-ed, she forcefully came out in favor of expanded school choice options, including more charter schools and yes, even vouchers. “I’ve come to a sad realization,” she wrote. “Real reform will never come from within the system.”

In this redefinED podcast, Ackerman talks more about her evolution.

For years, she pushed change from the highest perches in K-12 education. Before Philly, she headed the school districts in Washington D.C. and San Francisco. She led the latter when it became a finalist for the prestigious Broad Prize, annually awarded to the best urban school district in the country, in 2005. But the kinds of sweeping reform needed to help poor and minority kids, she said, too often met with resistance from unions, politicians, vendors and others who benefited from not budging. 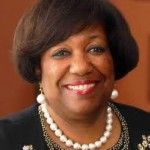 A key turning point came a few years ago. Given current trend lines, her staff told her, all students in Philadelphia won’t be proficient in reading and math until the year 2123. “It became real to me that it was important to include as many options as possible for parents,” said Ackerman, who now lives in Albuquerque, N.M. to be closer to her children and grandchildren. She said she began thinking, “What would I want for my children if my children were trapped in a school? What options and alternatives would I want available to me?”

Before the op-ed was published, Ackerman wrote a heads-up email to hundreds of friends and colleagues. Some said they understood. Some said she was almost a traitor. Most didn’t say anything.

“I hope it provided an opportunity for people I know and respect to think about why somebody like me, who spent so many years within the traditional public school system fighting for radical change, would embrace charters and vouchers for low-income families,” she said.

“If it changes the life of one child, it’s to me worth the effort,” she also said, referring to expanded choice. “The other thing it will do is force the traditional public school systems to change. It will put pressure for real reform to take place because there’s competition. Let’s face it: This country is built on competition. And it’s good.”