Editor’s note: America isn’t the only place where school choice raises questions about not only education, but pluralism, citizenship and social integration. Noted school choice expert Charles Glenn, a Boston University professor and American Center for School Choice associate, writes that European countries with far more evolved choice systems continue to wrestle with these issues – but have no reason to fear faith-based schools. 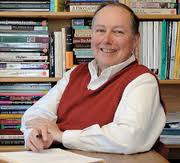 Early in June I was one of the speakers at a conference on educational freedom in The Netherlands and Flanders (the Dutch-speaking part of Belgium). It is no exaggeration to say these are the poster children of “school choice,” the two areas where its implications have been worked out most fully over the past two centuries (see my Contrasting Models of State and School, Continuum, 2011). Today, upwards of two-thirds of pupils in this area of some 23 million inhabitants attend non-government schools with full public funding.

Much of the discussion among the participants was about the details of how schools have been able – or not – to preserve their independence in the face of government regulation. I will not try to summarize that discussion here, except to note that as always the devil is in the details and we can learn a great deal from the experience over many decades of the interaction between schools seeking to maintain a distinctive religious or pedagogical character and government officials seeking to impose common standards. (The updated 2012 edition of Balancing Freedom, Autonomy, and Accountability in Education will include, in four volumes, detailed descriptions of how this relationship plays out in nearly 60 countries, most of them written by leading education law experts from each country, including these two.)

My own contribution at the conference was to raise openly what is beginning to be debated in Belgium and The Netherlands: is educational freedom still relevant, given changing circumstances? Is there still a need for schools not owned and operated by government and promoting worldviews that are in contrast with that of the societal majority? And, is the growing societal pluralism created by immigration an argument for or against such schools? Some, in fact, have claimed that the justification for non-public schools no longer exists because (a) some of them have ceased offering a truly distinctive education as a result of secularization, and (b) to the extent that they actually distinctive, they are a barrier to the social integration required in the face of the growing presence of Muslims in Western Europe.

My paper confronted head-on the widespread fear, among European elites, of strongly-held religious views, and argued that in fact “communities of conviction” make an essential contribution to the health of civil society. I cited research on faith-based schools in the United States to show they have by no means had a divisive effect or made their students unfit for active and positive citizenship.

While we do not yet have similar in-depth studies of the effects of Islamic schools in The Netherlands (where about 50 are publicly-funded and regulated), the investigations that have been carried out have found that, while sometimes gravely lacking in educational quality compared with other schools, they are not subversive of participation in Dutch society. In fact, there is every reason to believe that immigrant parents, and especially those of the second generation who are now parents themselves, seek an education for their children that will prepare them for success in Dutch society while solidly-grounded in a religious tradition – or, having explored that tradition, to reject it.

This led to my four policy recommendations based on experience in a number of countries with seeking to achieve high-quality education for pupils of immigrant and ethnic-minority origin:

• Reach out to their parents with accurate information, organized around their primary concerns, about the educational choices available to their children. This information should be communicated not only in writing and through the media, but by well-trained and impartial members of the target groups, in the appropriate languages.

• Hold schools accountable for measurable results, broadly conceived (that is, for example, not just results on a single test), while leaving them broad latitude to achieve those results through any appropriate methods and on the basis of any religious or educational perspective that has been clearly presented to parents before their choice of the school.

• Allow schools broad discretion in selecting staff on the basis of the declared mission of the school, and of terminating staff who fail to support that mission effectively.

• Intervene vigorously and effectively if there is evidence that a school is failing to achieve adequate results, or is harming pupils through the methods employed.  The principle should be clear: there is no right to operate an inadequate school, even if parents can be persuaded to select it.