Editor’s note: This is the second of two posts we’re running this week to commemorate the landmark U.S. Supreme Court decision in Zelman v. Simmons-Harris. 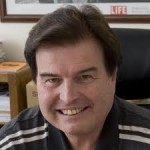 As we commemorate the 10th anniversary of the landmark Zelman Supreme Court case, its implications are widely visible in the expansion of voucher programs, such as those in Indiana and Louisiana, as well as the growth of tax credit scholarship programs from Florida to Arizona. But the primary Zelman principle – that parents can utilize scholarship funding to enroll in any qualified school that they believe will best educate their children – is also at the heart of an important court battle in Douglas County, Colorado.

Conceivably, Zelman could not only lead to the reinstatement of an innovative voucher approach that local school districts could adopt more broadly, but also provide a pillar for arguments to overturn Colorado’s discriminatory and prejudiced Blaine Amendments.

Beginning in June 2010, the Douglas County School District’s School Choice Task Force began a series of community discussions to align its programs with its overarching policy of “universal choice.” The purpose: to create “multiple pathways for educational success” and then to assist families in choosing the best educational program for their child. This led in March 2011 to the adoption of a pilot Choice Scholarship Program (CSP) whereby in the 2011-12 school year up to 500 families could receive either the lesser of a private school’s tuition or 75 percent of the per-pupil revenue the district received. This amounted to a scholarship of $4,575 for 2011-12.

Just before its implementation in fall 2011, the Denver District Court issued a permanent injunction against the program because it caused state funds to flow to religious schools, violating the Blaine Amendments in the Colorado constitution and the Public School Finance Act. The appeal to overturn this decision attracted high-powered support from the Colorado Attorney General, the Beckett Fund for Religious Liberty, the Institute for Justice on behalf of families that had received scholarships, and the school district itself. Zelman is at the heart of their legal briefs.

The Institute for Justice notes that neither the school district nor the state has any role in selecting the school in which the family enrolls, i.e., this is a private choice program that Zelman specifically endorsed as constitutional. Citing the Zelman decision, when a scholarship program “permits government aid to reach religious institutions only by way of the deliberate choices of numerous individual recipients, the circuit between government and religion is broken,” and any “incidental advancement of a religious mission…is reasonably attributable to the individual recipient, not to the government.” This principle of parental choice, which state supreme court decisions upholding voucher programs in Wisconsin and Ohio recognized even prior to Zelman, led an Indiana court this year to reject a challenge to the Indiana Choice Scholarship Program. Yet, for some reason, the Colorado trial court chose to ignore this precedent.

The Douglas County School District is relying extensively on Zelman. But it also notes that its guiding principle was actually upheld two decades ago in a Colorado Supreme Court finding in Americans United for Separation of Church and State v. Colorado. That decision was prescient in declaring that when a neutral government program distributes benefits evenhandedly to families, who then make an independent choice to direct those funds to private schools, secular or religious, the advancement of any school’s religious mission is too “remote and incidental” to offend Colorado’s religion clauses. The brief emphasizes that with the U.S. Supreme Court’s full embrace of this concept for the whole country, the state precedent is even more compelling.

Colorado’s Attorney General notes 15 other state education programs that are public-private partnerships of long standing, but are now in jeopardy if the trial court’s misguided reasoning is allowed to stand. These all permit individuals to receive state benefits and choose private religious and secular schools to broaden educational opportunities for Colorado citizens.

Zelman also provides support for the frontal attack that is intended to overturn Colorado’s discriminatory Blaine Amendments, which were adopted in the anti-Catholicism movement of the 1870s. These were blatant attempts to maintain Protestantism, such as Protestant prayers and the reading of only the King James version of the Bible in public schools. The Beckett Fund notes the detailed account that Justices Breyer, Souter and Stevens laid out in Zelman, recounting how the wave of Catholic immigration in the mid 19th century led to religious conflicts as Catholics resisted the Protestant domination of public schools.

Drawing on the historical work of my American Center for School Choice colleagues – Joseph Viteritti, who was an expert witness in Zelman, and Charles Glenn, who was an expert witness in the Douglas County trial – the legal briefs provide a lurid and extensive history of the anti-Catholic bigotry that led to a wave of state constitutional amendments banning state funds to support “sectarian” organizations. (The Supreme Court has acknowledged that “sectarian” became code for Catholic in the 19th century.) They make a compelling case that the trial court not only erred in finding the amendments were violated, but also incorrectly ignored this shameful history that means they should be struck down. In another landmark case involving Colorado, Romer vs. Evans, the U.S. Supreme Court struck down a voter-approved state constitutional amendment limiting gay and lesbian rights because “the disadvantage imposed was born of animosity toward the class of persons affected.”

The significance of the Zelman decision continues to grow as the years pass. The appellate court decision will undoubtedly consider what Zelman means in this context and hopefully restore this innovative Douglas County approach to honoring parental choice. If it does, other districts, even in other states, will certainly take note. If the Blaine Amendments fall, certainly other litigation will follow relying on Zelman as well. These amendments are a large impediment to bringing Zelman to its full empowerment.

Zelman permits parents to be empowered with school choice. But the next step is to guarantee they have that power.