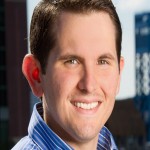 It’s rare to find strong school choice advocates on local school boards. But in Florida, another such advocate has emerged as a viable candidate in one of the state’s biggest school districts.

Jason Fischer, 29, is one of six candidates running for the District 7 seat in Duval County, which is the county that corresponds with the city of Jacksonville. As we’ve noted before, Duval has been particularly unfriendly territory when it comes to charter schools, vouchers and tax credit scholarships. So it’s worth noting that not only is Fischer openly supportive of expanded school choice, including private options, but he’s no ordinary contender by other measures. Last month, Gov. Jeb Bush endorsed him. And yesterday, with less than three weeks to go before the Aug. 14 primary, three speaker-designates for the Florida House of Representatives did the same.

Like Glen Gilzean, a school board member and candidate in Pinellas County, Fla. who we’ve also written about (and who also snagged an endorsement from Bush), Fischer defies the caricature of the school choice supporter who wants to tear down traditional public schools. His platform is by no means limited to school choice; it includes, among other things, more focus on teacher quality and performance pay. But Fischer doesn’t shy from the potential benefits that come when more learning options are available to more kids.

“If the government has a good functioning school in an area, and people want to send their kids there, that’s fine,” Fischer told redefinED in a phone interview this week. “My goal isn’t to undercut public education. It’s to make sure parents have the widest opportunities available.”

“I think the choices will improve the quality of education of their child primarily,” he continued. “But secondarily, it will force the public school education system to improve its service level … so everyone benefits.”

Duval has struggled even more than most Florida urban districts to improve test scores for low-income students, and the School Board and one of the county’s key education advocacy groups have resisted more learning options for these students. But Fischer suggests that expanded choice can be part of the solution.

He’s a fan of the KIPP charter in Jacksonville, which upped its school grade from an F to a B this year and, like its counterparts across the country, is defying the narrative that poverty determines performance. He also thinks the Duval school district and the city of Jacksonville should consider opening their own charters, as some entities in other parts of Florida have done.

School districts are resistant to choice because “they’re not doing enough independent research,” said Fischer, a former Navy engineer who is now a purchasing manager for CSX. “They just accept that it’s not a good thing because it’s different than what they know and they have less control over it.”

“I would like to believe that at the end of the day, people who are involved in education do want our kids to get a better education,” he continued. “It may be just getting them to see that there are other ways to improve education. Sometimes you have to do things differently to get better results.”