Charter schools took a page from Catholic schools when they arrived in the 1990s and began their expansion – character development, solid discipline, a no-excuses approach to success for low-income kids. But now it’s Catholic schools, struggling with declining enrollment (in part because of competition from charters), that should borrow good ideas from charters, the author of a new report says.

Sean Kennedy, a visiting fellow at the Lexington Institute, points to how high-performing charter schools have embraced data and technology to better differentiate teaching, including use of “blended learning” models that have both improved student performance and reduced cost. “They’ve really invested in data,” Kennedy, a product of Catholic schools, said in the redefinED podcast below. “And that’s something that, unfortunately, for various cultural and just simply resource reasons, Catholic schools have shied away from.” 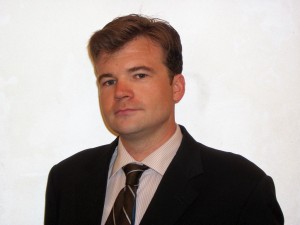 Kennedy says despite the funk they’re in, Catholic schools can more nimbly embrace promising trends than other education sectors and again stand out. They don’t have the bureaucratic or union entanglements of traditional public schools, and they still have the faith and character-building components in their favor.

“I’m very optimistic,” Kennedy said. Catholic school educators “often take huge pay cuts from what they would get in public schools. They often work much longer hours. And they love what they do. So if it can be presented to them in a way that this is going to benefit both their teaching and their students directly, I think teachers and administrators in Catholic education are at a special advantage to grab a hold of this data movement and really run with it.”