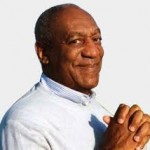 Bill Cosby has joined the board of directors of StudentsFirst, the education reform group founded by Michelle Rhee.

In a statement emailed to StudentsFirst supporters a few minutes ago, Cosby, a school choice supporter, wrote: “Enough is enough. I’ve seen the statistics on where American students rank in the world. I’ve heard the stories of children being sent off to schools that are nothing more than dropout factories, and our youth end up back out on the street uneducated and unprepared for life. I refuse to sit back and watch this happen. That’s why I’m joining the board of StudentsFirst and will be working alongside you and StudentsFirst members across the nation to put children’s needs first.”

According to Education Week, StudentsFirst named other board members today, including Connie Chung, Joel Klein, Roland Martin and Jalen Rose.

“This is a coup for her (Michelle Rhee) in her efforts to demean our nation’s teachers and promote the privatization of American public education,” she wrote on her blog. “He is clearly uninformed about what she is doing. If you know how to contact him, do so. This is not in character for him.”