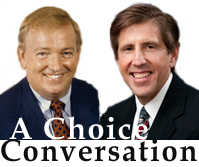 Editor’s note: This is the fourth installment of “A Choice Conversation,” a dialogue between Doug Tuthill, president of Step Up For Students, and John Wilson, a former National Education Association leader who writes the Unleashed blog at Education Week.

Doug Tuthill: John, I’d like your feedback on some ideas I have about privatization in public education.

For me, privatization in public education occurs when government allows private interests to usurp the public good. Public education would not exist without the products and services individuals and private corporations provide. So the fact that local and state governments contract for these products and services is not a concern. The problem occurs when government officials sign contracts that put private concerns over the public interest.

When I was a teachers union leader, I was regularly criticized for placing the private interests of teachers above the public good. While I gladly pleaded guilty to advocating for our union members, which I was legally and morally obligated to do, I rejected the charge I was trying to privatize public education. If the school board agreed to a contract that put the interests of our union members above the public’s interest, that was the board’s fault. Their job in contract negotiations was to represent the public; my job was to represent the teachers.

All the individuals and corporations that contract with school boards – textbook publishers, charter school providers, teachers unions, builders, bus drivers – have private interests they advocate for when they negotiate contracts. If any of these contracts contribute to privatizing public education, it’s the school board’s responsibility.

John Wilson: Doug, while I agree private interests should not usurp public good, I do not accept that teachers as public employees have private interests within their professional responsibilities or collective bargaining agreement. Salaries, benefits, working conditions, and teaching and learning responsibilities are all in the interest of the public as taxpayers or in the interest of the public as to the impact on assuring a quality teacher for every child. The union may be private, but the members are public; therefore teacher interests cannot be compared to the interests of private sector and for-profit vendors.

I would also add that many of my union colleagues define privatization more broadly as turning over to a private provider a job that has been previously done by a public employee. I would contend this is the single factor that causes mistrust of charter schools and private management organizations. For those of us who believe public money is for public schools, we will have to reconcile how we create choice and customization under the public domain.

Doug Tuthill: John, during my 15 years as a teachers union leader, I negotiated many union contracts. For me, the most difficult part of the process was helping the various factions within the union come to agreement on what they wanted. Veteran teachers approaching retirement wanted more money at the top of the salary schedule, and often wanted to increase class sizes to have more money for salaries. New teachers wanted more money at the beginning of the salary schedule. Teachers with well-compensated spouses often wanted to spend money on reducing class sizes instead of salaries, and teachers on their spouses’ health insurance plan wanted to reduce health insurance subsidies and use this money for salaries.

These experiences taught me that teachers have diverse private interests, and the public good only comes through compromise. I also learned that compromise works best when political power is more equally distributed. Veteran teachers in our union had more political clout than newer teachers. Consequently, we regularly redistributed salary dollars from the beginning of the salary schedule to the top, resulting in high turnover among younger teachers that undermined the school district’s effectiveness. By the way, if the average teacher salary in the district had been $200,000, we still would have had different teachers advocating for different priorities. That’s just the nature of people and democracy.

On the issue of what constitutes privatization, every tax dollar spent on public education is allocated via contract between government and individuals or corporations. Government is responsible for ensuring these tax dollars contribute to the public good. Whether the provider is a for-profit corporation, individual, or nonprofit corporation is irrelevant. What is relevant is whether the contract serves the public interest, which is why defining privatization as government allowing private interests to usurp the public good makes the most sense.

John Wilson: Doug, we have hit that big obstacle of semantics or maybe just definition. You give privatization a much broader range than I do. This term was rarely used until the practice of outsourcing or contracting to the private sector those services traditionally performed by public employees began to be employed in European countries like Great Britain in the 1980’s. It soon made its way to the United States, and met tremendous union opposition. I suspect there is a lot of evidence that government has shown more cost-efficiency in many areas that politicians tried to privatize because it is usually returned to the public sector. I refer to such services as food, transportation and maintenance. We have much to learn on the privatizing of teaching children, but early research is that private education for traditional public school students is no better overall.

I do not accept that a union of public employees negotiating a contract is privatization. If the union hired the teachers and contracted with a local board for their services, that would be more like privatizing.  Public sector collective bargaining is an act between two public entities – the employees and the employer.

America’s public school system is an institution that undergirds our democracy. Private schools can be a partner but not a replacement.