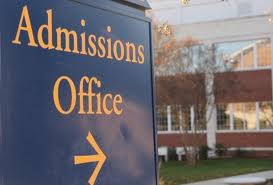 This is the fourth in a series of brief observations on the ideal technical design of state systems using “vouchers” as the means to empower parents to choose their child’s school. Vouchers are to be distinguished from tax credits; the latter fund parents indirectly through private contributions to charitable organizations, thus reducing the donor’s tax liability; the whole or part of the contribution can be credited against the contributor’s taxes. The charity then awards scholarships either to schools or to families whom it selects from among its applications.

By contrast, the voucher is simply an award of government money directly to the parents to be used for the child’s tuition at their chosen school. Vouchers will be our subject.

Why are rules important here? Why not just let the two parties – parent and school – bargain? If either says no, Suzie goes elsewhere. Such a system is imaginable, but in this society, improbable and possibly unjust. Rules of admissions are perhaps the most controversial element in the design of systems of choice – certainly of vouchers. Consider the following cases:

Susie’s mother wants her in Mozart High which emphasizes music as the medium of learning. Susie is tone deaf and hates music. Should she, by law, displace Jim, the gifted student next behind her in the lottery run by the school? And why must the school be using a lottery in the first place? And why shouldn’t the more gifted child simply have precedence?

Or, try this one. Arthur, who is black, also drew the short stick in the lottery. The school – otherwise all white – wants to admit him. Of course, to do so, someone else must get bumped.

Or, again, a disabled child wants entry to St. Cecilia, a small Catholic school with no facilities to accommodate her and no resources to redesign the school. What’s the point of forcing her admission?

Schools differ greatly in virtually every respect except in their (presumed) capacity to teach “the basics” as these are defined by law in the particular state. Furthermore, with respect to the basics, schools are free to employ a very wide range of methods. Often it is important that the pupil population come prepared to do it the school’s distinctive way. Still it is also crucial that kids who are less attractive to the school have the benefit of their parents’ choice.

Of course, long before the problem of admission even arises, a school may advertise, both positively and negatively, in order to maximize those applications it desires. It may also try directly to dissuade the unwelcome parent. In addition (as noted earlier in Essay #2) the school may, with fair warning and due process, expel a student who, after a fair trial, simply doesn’t make it. Still, the process of choice by the school itself can be confounded, for example, by an unexpected bubble of applications from children who “just don’t fit.” St. Cecilia, a Catholic school, may wish the best for Muslim applicants, but their sheer number may present a serious pedagogical problem. Like our current leaders on the Potomac, schools and parents need both a spirit of – and a mechanism for – compromise.

The types of rules for sharing control over admission are potentially legion. I will describe only a couple, which will suggest possible forms for the necessary structure of a working compromise. These forms do not make the problem disappear, but they have two virtues: (1) they generally do work in practice; experience suggests that the parties are satisfied; and (2) these rules seem to me conspicuously sensitive to the needs of both buyer and seller – family and school. They are infused with a spirit exactly the contrary of our historic “public” school with its flight to suburbia where the have-not family is eluded and abandoned. Yet to hold such a hope for unmonied families will itself require rules that allow the school to be itself in order to remain something distinct enough to be worth choosing. If this seems wrong or contradictory, let us know; we urge parents and schools to collaborate to invent their own ideal admission systems and share them. This is, after all, a conversation that could and should become a standard part of our civic discourse.

The general “model” of compromise between parent and school simply divides the school’s total population into chunks. One portion – say 80 percent of admissions – is for the school to choose. The remaining 20 percent also belongs to the school insofar as it has more than 20 percent of its applicants left to choose from. For example, if the school has 100 places and 200 applicants; it thus has 120 applicants left from whom to choose. Should we not make the school’s choice subject to that civic purpose that justifies the government’s investment in vouchers in the first place, namely the empowerment of the lower-income family? Only in some such way can society at last render education truly “public.” Hence, in our example, the participating school will be choosing its remaining 20 students according to a formula that starts by identifying some segment, say 40 percent of all families, according to some familiar definition of income.

(The poorest among these 40 percent of families might (or might not) qualify for larger vouchers. Some states may prefer to award at least some assistance to all families; imaginably all might receive the same dollar assistance, a costly notion. Such decisions about recipients and amounts will be a judgment call in every state. Our focus here is on admissions.)

Now comes the happy catch for our hypothetical 100 pupil school. If it fails to attract more than 20 applicants from lower-income families, it must admit all those lower-income families who apply. At first this sounds ominous to school autonomy. But, notice that the school is thereby given a powerful incentive to recruiting lower-income applicants. The more indigent parents that apply, the more the school’s control of its admissions is strengthened. The process activates a set of synergies that both open opportunity to the poor and engage the family and the school in a mutuality that is currently missing in the system. As publicly supported education begins more and more to value the choices of the hard core poor, it may be that the 20 percent set aside could be reduced. There is nothing magic about any of these numbers.

Indeed, it is open season for new systems of entry. One can imagine a pure lottery. Many seem to prefer that idea. The administrative costs of lotteries are low; their outcomes are “fair” in some plausible sense. However, assuming that schools are rational choosers, lotteries do seem short on rationality. Many states could prefer a combination of choice and lottery. Imagine a rule requiring (1) random selection of half the class from the pool of applicants (2) individual selection of 40 percent by the school; (3) preference for the “poor” for the remainder with final selection by the school, unless fewer than 10 percent of its admissions qualify as poor, in which case all of these are admitted.

I am not proposing this (or any other) rule for admissions. The point is that the law may opt to leave varying portions of admissions to chance, to choice of the school, and to choice of parents of varying need. Our elected representatives have an opportunity to maximize human freedom, civic virtue, and the welfare of the family by dividing subsidized choice among the interested parties in a rational manner.