Under the change – which continues to be debated as lawmakers head into the final week of the session – districts would get less funding if their students take Florida Virtual School courses. Florida Virtual School officials say they’re already seeing a spike in guidance counselors denying student requests for FLVS courses this summer.

In the past, counselors usually denied requests for academic reasons, such as students not completing prerequisite courses. But now they aren’t signing off because of funding concerns, Florida Virtual School officials said. 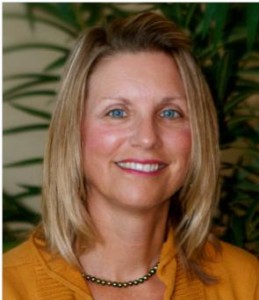 “We knew that this would happen,’’ said Holly Sagues, FLVS’s chief policy officer. “The entire session, we were telling legislators that it’s going to pit the district against Florida Virtual School.’’

It’s too early to tell how widespread the trend is, but FLVS already has heard from students, parents and guidance counselors in at least five districts, Sagues said.

Sen. Erik Fresen, R-Miami, who introduced the new funding formula in House Bill 5101, could not be reached for comment. The bill has since been amended to Senate Bill 1502, where it is now being negotiated as part of the Legislature’s education budget conference.

If the measure passes, it would cut 14 percent to 17 percent from what FLVS receives for every class a student takes in the program, Sagues said. The estimated total loss: about $34 million. The program already receives between 10 percent and 20 percent less in per-student funding than traditional public schools, she said.

Here’s how funding for FLVS and the districts works now: when students take six courses in their district school and one through Florida Virtual, the district receives its full per-student allotment for that student and FLVS receives another one-sixth of the funding – but only if the student completes the course.

If the new funding forming goes into effect, it would cap it so that the district receives six-sevenths of its allotment and FLVS receives one-seventh.

About half of the FLVS student population takes more than one course, Sagues said. The result, she said, is that FLVS will lose $182 for every seventh course a student takes and $217 for every eighth course.

Some districts aren’t letting students sign up for FLVS courses until they figure out what the changes will mean to them, Sagues said. They’re justifiably leery of losing money, she said. But “it’s a horrible policy for school choice.”