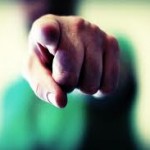 Having spent the better part of a quarter-century writing editorials and commentaries for a major metropolitan newspaper, I have wagged my finger with the best of them and spied more than my share of blood on the hands of shameless lawmakers. So I read New York Times columnist David Brooks routinely not only as a form of therapy but inspiration. His column on Tuesday, “Engaged or Detached,” is a wonderfully calibrated look at why the finger pointers teach us far too little.

“The detached writer wants to be a few steps away from the partisans,” Brooks writes. “She is progressive but not Democratic, conservative but not Republican. She fears the team mentality will blinker her views. She wants to remain mentally independent because she sees politics as a competition between partial truths, and she wants the liberty to find the proper balance between them, issue by issue. The detached writer believes that writing is more like teaching than activism. … She sometimes gets passionate about her views, but she distrusts her passions. She takes notes with emotion, but aims to write with a regulated sobriety.”

There is a role for “engaged” writers who fire up the troops, but Brooks’ “detached” writer is the model that should motivate those of us who want to make a difference in the educational arena. Neither I nor this blog, redefinED, always measure up to that intellectual test. But it is something to which we aspire, and I can only hope that my former colleagues in journalism would as well.