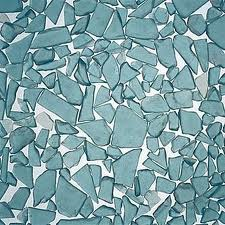 The American school system was, from its inception, a product of intolerance for human difference. Grounded in 19th Century religious and cultural prejudice, it was artfully designed to assure no government resource would end up supporting the teaching of religious or cultural notions that were uncongenial to the Protestant majority. Carefully limited by the constitutions of various states, the curriculum was centralized and sanitized in each of the 50 school systems to favor the beliefs and values of the dominant group. Further, students were confined to their own school districts – indeed to their own neighborhoods – assuring (at least in the cities) that children of different social classes and races would see little of each other within government schools.

One overall effect was and is a quasi-market for the affluent; well-to-do families choose admission to the government school of their preference. By contrast, for the ordinary family, government schools are a compulsory monopoly. There are, of course, private schools, and we know from survey research and direct experience that they are very attractive to the poor. Nevertheless, though most such schools are relatively inexpensive, they can scarcely compete with the “free” government alternative. It is, therefore, remarkable that the private sector is still able to attract nearly 10 percent of the total student population; equally impressive is the proportion of these students who come from poor families who make enormous sacrifice to pay tuition. I suppose Justice Sotomayor’s story suggests this reality.

The tragedy is 19th Century America, a new country exploding with creativity, decided to hobble the minds and souls of its children with a system of finance and assignment that for ordinary families was, and remains, oppressive. Americans spend $800 billion each year in state-owned schools; I suspect they constitute the largest socialist enterprise outside of China.

The effects of this government monopoly upon the ordinary family have been what one would predict: The family is put under the most destructive pressures. At age five the child is taken from the parent who has been both friend and advocate. The child now discovers the parent is impotent to intervene. The parent learns self-contempt and withdraws from responsibility.

Whatever one’s philosophical starting point, schools in the U.S. pose a moral issue of crisis proportions. Intellectual monopoly by The State is especially peculiar in a culture as diverse as ours. Where there is no consensus about values, it is on its face ludicrous for an ephemeral regime of bureaucrats to impose its own favorite curriculum upon everyone. The case against monopoly, however, need not rest upon pluralism. Monopoly control over value content is unjust and, in the end, will be destabilizing even in a society with a common culture. The idea of a social consensus itself rests upon an underlying conception of human freedom. That is, consensus is a clustering of beliefs that are voluntarily held. We value these ideas not simply for the numbers who profess them, but out of respect for the individual human persons who freely believe them. Consensus can, of course, be one among other principles of policy, but it is a very weak principle. A just government never opposes value diversity as such, but only those rare forms of diversity that threaten social order. To say diversity itself is socially destructive is merely to beg the question. It may be quite the opposite. That very issue seems to me at the heart of the problem.

In the end it boils down to this question: Whom do we trust to choose the ideas the child of the ordinary family will study – the family or the government? Society needs a theory of the best decider – the one who decides best for the good of individual children and for the common good.

Let us straightaway dispose of any suggestion that there are liberty rights of children that are violated by recognizing parental sovereignty. There are, to be sure, liberty interests of children; that is, children have an interest, first, in achieving here and now some practical autonomy in particular matters, and second, in emerging later from childhood prepared to function as an autonomous adult. Liberty is a value that is relevant in childhood. Children’s rights to autonomous choice, are, nonetheless, irrelevant (at least until the teen years); that is so, simply because children will in fact be dominated by adults who have the size, strength, money and experience to do so. Thus the only useful question about liberty is which adult is most likely to exercise dominion in a manner which will effectively respect the child’s interest in limited autonomy now and full emancipation later. Is the parent or the bureaucrat a more effective liberator?

I will come to the answer after noting the child obviously has other interests in addition to liberty; let us call them simply “welfare.” Furthermore, society itself has a number of important interests in education that we can summarize loosely as the “common good.” The question thus becomes a more general one of who is the best decider for all the interests of the child and of society?

Focusing first upon the child’s liberty interest, I suppose it is self-evident that the parent is, in general, the most likely to make a good judgment about when the individual child is ready to choose his own television programs, diet and sports. As for the question of ultimate autonomy, I would ask simply, who is it that most wants the child to be economically, politically and socially functioning as an independent adult? The answer is few sane parents want to have their children permanently dependent upon them – either financially or emotionally. In theory government should seek this same end; unfortunately, it is often in the interest of the educational and welfare professionals to keep children in continuing need of government services as often and as long as possible. Most professionals, I assume, resist this temptation, but our question here concerns not individual behavior but the design of the overall system of incentives. With all due respect for professionals, my own conclusion is the parent is in general the most likely agent of the child’s ‘autonomy.’ It may seem paradoxical, but the most patriarchal of our institutions – the family – is also the most likely to serve the child’s interest in liberty.

Next we should look for the decider who maximizes the child’s welfare interest. Here I would ask three questions: who knows the child best; who cares the most; and who is most accountable for bad decisions? Only the first question presents any difficulty. Obviously the parent in general knows the individual child best – his or her hopes, preferences, strengths, weaknesses and so forth. Still, any parent is capable of self-delusion, and often the more neutral professional can be helpful and even crucial to the welfare of an individual child. The real point, however, is the parent has one kind of valuable information, the professional has another. There is in fact no conflict between them; at least this is true so long as the professional child worker or teacher – like the architect or attorney – relates to the parent in freedom and equality through the voluntary bond of contract. The professional gives advice; the parent benefits by that advice and incorporates it into his or her own personal knowledge. If the parent can be provided such professional support, then, who in the end is the best decider? I cannot believe the superior sophistication of professionals justifies their imposing school assignments.

I pass only briefly over the importance of adult caring for the individual child. I do not doubt most professionals care, nor that some parents either don’t care or actually care too much to be rational. On the whole, nonetheless, the emotional bond between parent and child is obviously a healthy and positive aid to decision making. Finally, with respect to accountability, as noted above, it is the parent who must suffer the long range effects of bad decisions; the effect upon the school or even the teacher is by comparison both trivial and transient. In my experience such accountability helps in the long run to produce better decisions. The parent can correct her own mistakes; last year’s school teacher cannot.

The sum of it is parents – except in rare cases – are the best judge of their own child’s liberty and welfare interests. Any objections then must stem from a belief that these parental decisions that are good for the children are somehow bad for society. The critic of choice must urge us to sacrifice the child’s welfare for the common good by empowering government to force the school and its curriculum upon the family. Is this a contribution to social welfare?

Such an essentially totalitarian view of education simply misunderstands where the real threat to the common good is coming from. I would ask educators to take a close look at the actual social effects of the American decision to impose “the one best system” upon children. Let them compare the public consequences of this regime to those of systems based upon the dignity and autonomy of the family. For my part, parental choice in schooling is a matter of the common good even apart from the interest of the child.

No mini-essay of this sort could spell out all the blessings of parental choice. Not only is choice a mechanism of efficiency in learning; it represents the only practical way of eliminating failing and destructive schools. It is the hope of introducing fresh and creative ideas in society. By encouraging different views to compete, choice protects society against its own “grand mistake.” For teachers it represents the possibility at last to become an authentic profession in which client and professional relate to one another voluntarily as equals; in this regard teachers should remember a system which honors parents encourages parents to honor teachers and to give their political support to the proper financing of education.

For me the decisive argument for school choice is its restoration of the ordinary family relationship. In America the schools were selected originally as the instrument to drive a wedge between child and parent. They have served this divisive function all too well. In our society it is parental choice alone that could make the family once again responsible and justify the child’s confidence that, indeed, the parent is an effective friend and advocate. The family needs the chance to regain the muscle that atrophied when the state plucked its authority.