The latest international test results confirm what Florida education reformers have been saying for years: Despite arguably the biggest academic gains in the nation over the past 15 years, Florida students still lag too far behind. 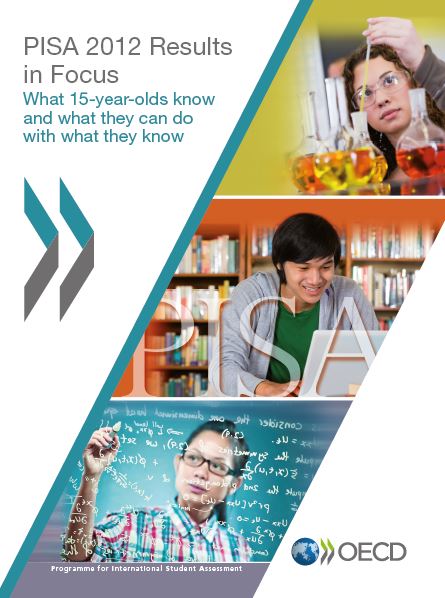 Released Tuesday, the math, science and reading results on the 2012 Program for International Student Assessment tests, better known as PISA, show 15-year-olds in both Florida and the nation are middling, or worse, compared to their peers around the planet.

Sixty-five countries and economies participated in the tests, which have been given every three years since 2000. Florida, Massachusetts and Connecticut were the only states whose scores were reported separately.

The three states didn’t participate in prior PISA tests, so it’s unclear from those tests whether they are making gains relative to their peers in the U.S. and beyond. Other academic indicators, including NAEP scores, AP results and graduation rates, show Florida students are among the national leaders in progress.

But when it comes to proficiency, too many aren’t there yet.

“While reforms are making a difference and we can all point to signs of progress we’ve made in Florida, the fact is, our students are not keeping up with the rest of the world in the classroom,” Nikki Lowery, director of StudentsFirst Florida, said in a written statement. “This report should motivate all of us to do better for our children – to intensify our focus and remember what’s at stake. We’re not getting to where we need to be fast enough and easing up on the gas pedal, or lowering the bar for our students won’t help them compete in the world they’re about to inherit.”