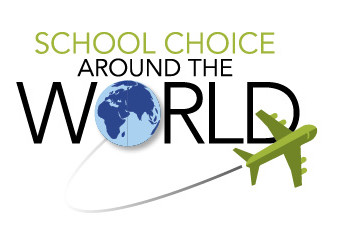 The United States ranks among the lowest of Western democracies in governmental support for educational freedom, and particularly for the right of parents to select schools that correspond to their own religious convictions.  This principle, explicitly included in the international human rights covenants, is supported through public funding of faith-based schools in dozens of countries, including almost all members of the European Union. Despite voucher, tax credit, or educational savings account programs in a number of states, educational freedom is by no means the norm in the United States as it is in most comparable nations.

Although the rate of religious practice is considerably higher in the United States than it is in Europe, we have been much slower to recognize in a practical way the religious-freedom right of parents to make decisions about the schools their children attend, and to do so without financial penalty. School choice, a luxury for most American families, is taken for granted by Danish or French or Swedish or Spanish families. In the Netherlands, for example, only about 30 percent of children attend what we would call “public” schools, while the majority attend Protestant, Catholic, Jewish, Islamic, or Hindu schools that are fully funded by government.

My Contrasting Models of State and School describes how this situation developed in four European countries.  Essentially, the aggression of secularist elites during the nineteenth century, seeking to employ popular schooling for state-building and “social progress,” roused the common people into political activity. The struggles were long and bitter; the Dutch speak of a 70-year schoolstrijd, the Belgians of a lutte scolaire, but the outcome in these and other cases was a political settlement recognizing the autonomy of faith-based schools to express a distinctive perspective while receiving full public funding. One result is that there is now little conflict over schooling in these countries and the political parties of the Left, when in office, have not sought to establish a public school monopoly.

In the United States, by contrast, two factors have long prevented such a pluralistic educational policy, a process I describe in The American Model of State and School . One was the fear aroused by Catholic immigration in the 1840s and after, abetted by reports of the struggles between the Catholic Church and republican governments in Europe.  The other was the complacent assumption, in the absence of the sort of secular aggression that began much earlier in Europe, that locally-controlled public schools were generically Protestant.

It was, in short, in response to aggression by what we would now call secular progressives in Europe that, through long political struggle, a dozen nations adopted policies protecting and financially supporting religious liberty in education. It was the former lack of such secular aggression in the United States, together with hostility toward Catholics, that for a century made such policies seem unnecessary to most Americans.

In recent decades, of course, the situation has been reversed.  In highly-secular European countries, faith-based schools continue to be publicly funded and are seldom attacked, while such schools live a precarious financial existence in the United States, despite the high level of religious belief and practice in American society.

Alarmingly, American faith-based schools also suffer today from secular progressive challenges to their personnel policies, accreditation, tax-exempt status, and in general to their ability to provide education based upon a distinctive understanding of the nature of a flourishing life and a just society.

Americans who value faith-based schools should learn from the nineteenth century European experience that only a determined social and political resistance, perhaps over many years, will vindicate the cause of educational and religious freedom.