School choice options in Florida grew last year at more than twice the rate of total enrollment, surpassing 1.5 million students. That means 43 percent of preK-12 students in the nation’s third-most populous state picked their own form of education.

This trend also shows little signs of slowing. Enrollment in charter schools grew by more than 9 percent, and a scholarship program for low-income children continued to grow at double-digit rates. In the past two years alone, 88,527 Florida students have joined the choice movement.

The numbers come from 2014-15 data compiled by the state Department of Education, and speak to a broader transformation that transcends the traditional debate about public-vs-private. Indeed, two of the three most chosen learning options in Florida are provided by school districts themselves – through open-enrollment plans that let parents choose from clusters of schools, and through choice and magnet schools that cater specifically to children’s academic interests and aptitudes.

Most of these alternatives also have waiting lists. The Tampa Bay Times reported recently that so-called “fundamental” schools in Pinellas County, the state’s seventh-largest district, typically receive 10 applications for every open seat. District choice programs elsewhere in the state were also awash in demand.

Step Up For Students, a nonprofit that administers the Tax Credit Scholarship for low-income students and also publishes this blog, cut off applications three months earlier than the year before, and still heard from 120,000 students who were fighting for 78,000 available scholarships.

The “Changing Landscape” document is in its sixth year and represents a collaboration between the Department of Education and Step  Up. The data comes both from DOE and school districts, and provides a deeper statistical view of choice than is available in many states.

By the numbers, the biggest growth last year was in: 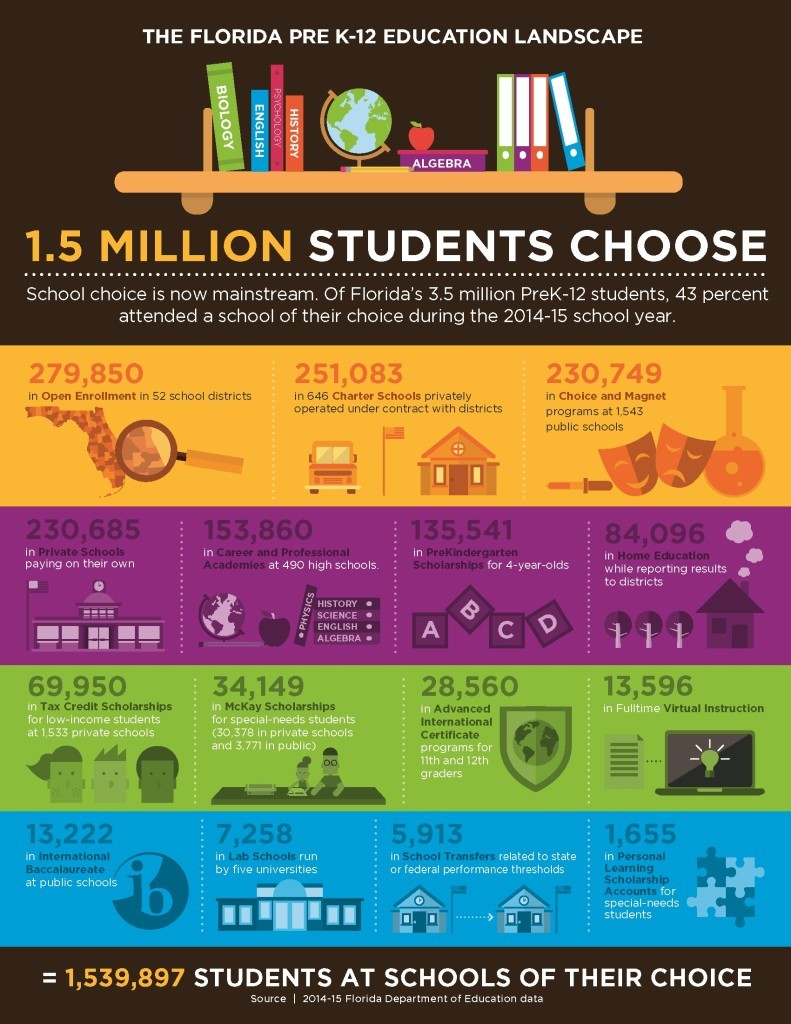