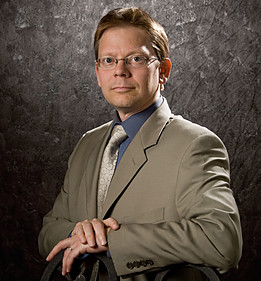 Andrew Coulson, the gentleman-scholar at the libertarian-leaning Cato Institute, died yesterday of brain cancer.  Andrew was 48.

I met Andrew in 2008, soon after I became president of Step Up For Students.  I’m sure he was curious about this liberal Democrat and long-time teacher union leader who was now leading the country’s largest private school choice organization.

Andrew and I spoke and exchanged emails frequently during my first few years in this job.  He was a brilliant thinker and extraordinarily polite.  We shared a passion for freedom and equal opportunity, but we did occasionally disagree, and those are the discussions I cherish the most.  He was sure that multiple Scholarship Funding Organizations strengthened tax credit scholarship programs, while I thought the evidence showed the contrary.  We ended up agreeing to disagree.

Andrew loved facts and logic.  He had an engineer’s mind and was relentlessly methodical in laying out his arguments.  I appreciated his commitment to civility and rationality in private and public discourse, and was always influenced, if not persuaded, by his reasoning and facts.

I especially appreciated Andrew’s empathy for our different roles.  He would regularly end our conversations by acknowledging that it was easy to be an idealist while working at a think tank.  He knew the political battles we were fighting in the Florida legislature required compromise, particularly in the area of how best to regulate choice programs.

Andrew’s death is a huge loss for our movement.  I will always carry our discussions with me.  Hopefully I won’t let him down.

Editor’s note: We also encourage our readers to check out this tribute from Coulson’s colleagues at the Cato Institute, as well as these notes from Reason and the Pacific Legal Foundation.