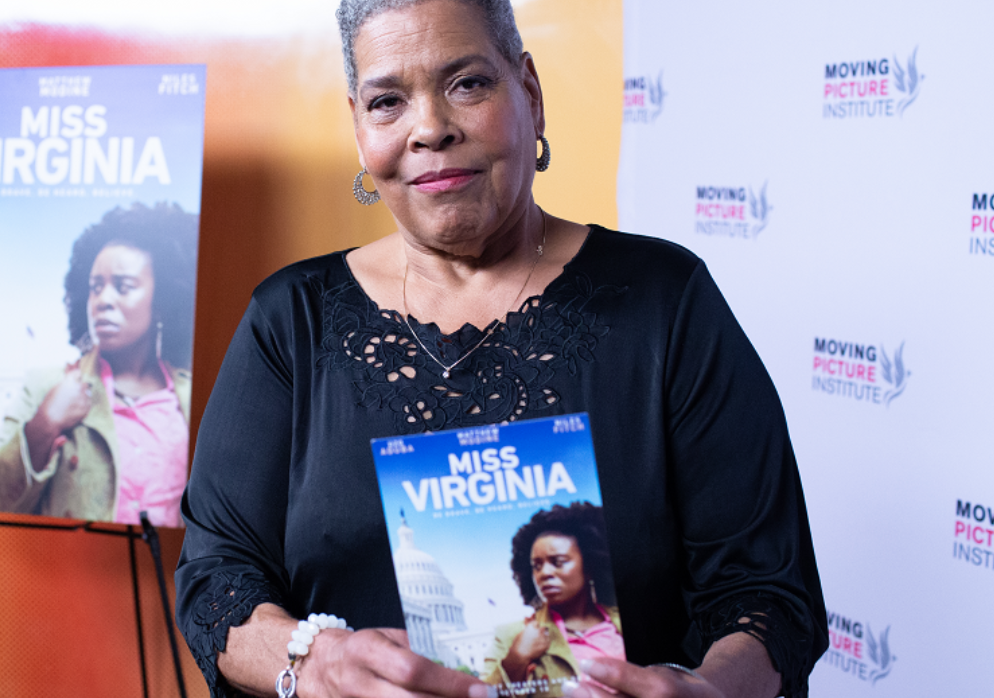 Editor’s note: Each Saturday in November, redefinED is reprising a podcast from our archives, reminding readers that we have a wealth of audio content to complement our written blog posts. Today, we revisit a November 2016 interview with Virginia Walden Ford, an education choice advocate and pioneer, in advance of three Florida appearances Ford will make in December to promote the new film Miss Virginia.

Two of Virginia Walden Ford’s children went to public schools and thrived. They had access to mentoring programs and classes that nurtured their talents. But it was the experience of her youngest child, William, that led her to become a school choice advocate.

In middle school, he started to show signs of academic struggles. At the same time, drugs and gang activity were on the rise in the family’s working-class neighborhood in the nation’s capital.

“I always said I would never lose my kids … to the streets, but I knew that if I didn’t do something, then the possibility that this child would not succeed was right staring me in the face,” Ford says.

She found a private scholarship that allowed him to enroll at Archbishop Carroll High School, where he started doing better “almost immediately.” He told his mother that, for the first time, he felt surrounded by adults who cared about his education almost as much as she did.

“That was my first time realizing that if a child is an environment that meets his needs, then he will thrive and he will excel,” Ford says.

That’s the kind of turnaround story Denisha Merriweather can relate to. She changed her own academic trajectory after enrolling in a private school with the help of a Florida tax credit scholarship. On the latest edition of our podcast, she talks with Ford about using her own experience to advocate for educational options in the political arena.

Ford helped launch D.C. Parents for School Choice in 1998, and became an advocate for the Opportunity Scholarship Program. After years working in education reform in the nation’s capital, she recently returned to her home state to serve as executive director of the Arkansas Parent Network.

As a child, she was part of a group of black students chosen to help desegregate the Arkansas public school system, a decade after the Little Rock Nine first broke the color barrier. She says her parents, both educators, taught her that her involvement in her children’s education did not end when she dropped them off at school. She needed to be an advocate.

Ford talks with Merriweather about navigating the tribalism of school choice politics, the awkwardness that comes with praising pro-school choice Republicans when many of her friends are Democrats, and brushing off accusations that she serves as a “mouthpiece” for various groups. She says she tells fellow parent-advocates to carry pictures of their children to help stay focused on what matters.