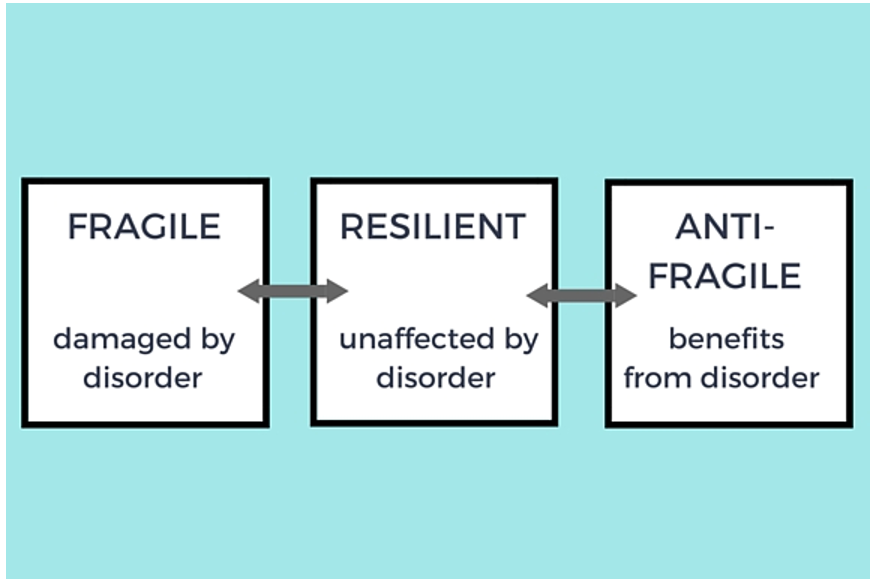 Under Taleb’s definition, systems that are anti-fragile aren’t necessarily hard to break; rather, they simply get stronger when placed under stress. Exercise is a ready example of an anti-fragile system. Exercise tears down muscle, but then that muscle grows back stronger than it was before.

Former Florida Gov. Jeb Bush appeared to place his state’s education system under a policy-induced stress during his two terms from 1999 to 2007. The Florida Education Association didn’t much care for it, mortgaging its Tallahassee headquarters in a (fruitless) effort to defeat Bush’s 2002 reelection bid. Florida academic outcomes, however, clearly improved during that period. 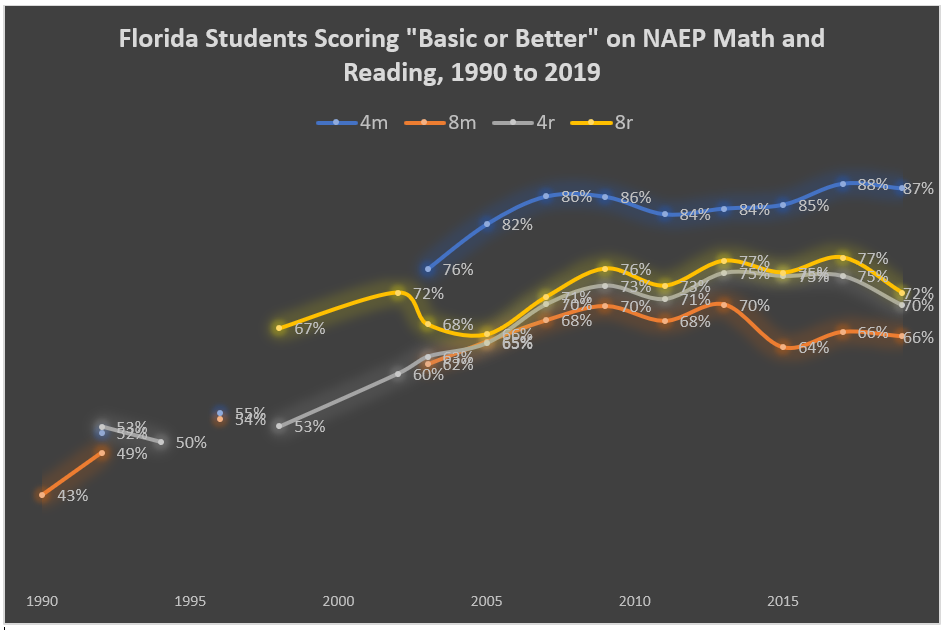 The Obama-era effort to incentivize states and create a teacher evaluation system based on test scores was another effort to create a healthy stress for the K-12 system. Alas, I am unable to create a broadly encouraging national chart similar to the one above (national performance was flat on both NAEP and PISA), but what may loom increasingly over the next decade is a severe competition for public dollars. It may, in fact, more closely resemble the Great Recession than a purposeful K-12 strategy.

Arizona has the best example of an anti-fragile K-12 system. The Great Recession drop-kicked that state’s housing-heavy economy with a steel-tipped boot. State general fund revenue dropped 20 percent in 2009 and the rapid enrollment growth Arizona had enjoyed since World War II suddenly stalled.

Despite Obama stimulus money and a temporary sales tax increase, K-12 per-pupil funding experienced some of the largest cuts in the country. Arizona charter schools already received less funding per pupil than Arizona’s (modestly) funded districts, and then those funds were cut along with everything else. As an Oxford debate is to a punk rock mosh pit, so is 1999-2007 Florida K-12 to the Great Recession in Arizona.

So, what happened with academic outcomes in Arizona charter schools during this difficult period?

At around 200,000 students, Arizona’s charter sector is about the size of a large American school district and more than twice the size of the Wyoming public school system. It also educates a mostly minority student body at a level of per-student subsidy compared to systems nationally. This chart shows eighth-grade NAEP reading absolute scores and gains/declines for Arizona charters compared to state district systems from 2009 to 2019. 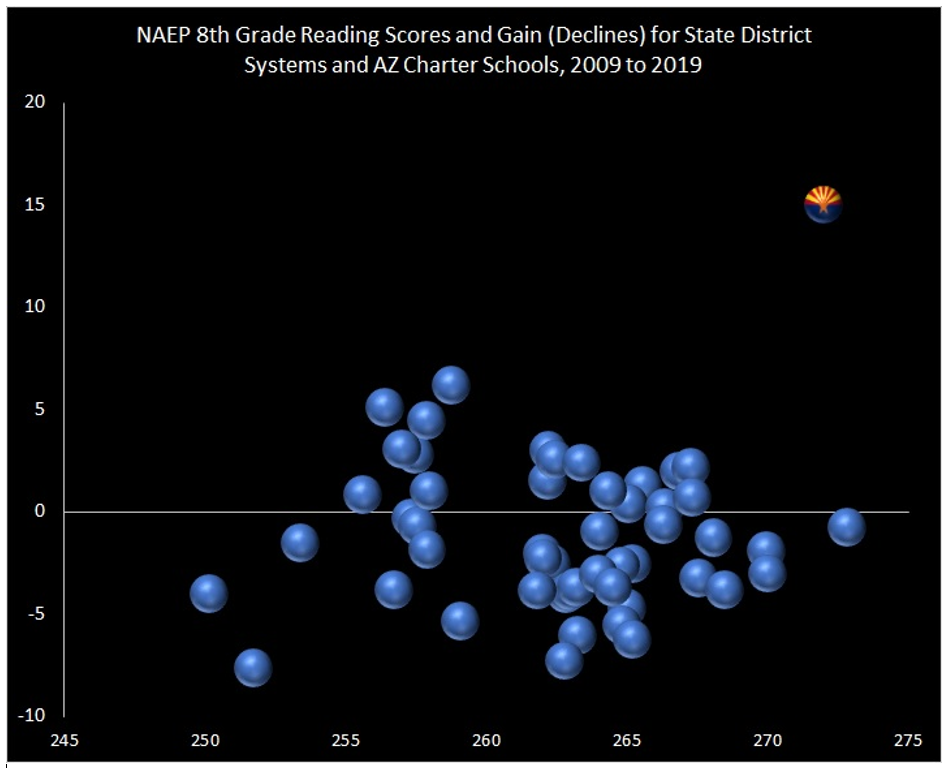 Math looks very similar, as do the Science exams. Arizona charters also show high achievement on the state AZMerit exam, and an analysis of transfers shows that on average, they send students to districts with above-average AZMerit scores and receive from districts transfers with below-average scores.

So: This system is looking anti-fragile; funding got cut, but achievement rose. This anti-fragile system of schools draws its strength from the fragility of undesired schools.

The Great Recession hit Arizona’s economy early and hard. Charter operators with long waitlists and strong track records who were able to access capital financing despite the downturn found inexpensive facilities in abundance. Charters that had been struggling with parental demand before the downturn folded under the weight of their difficulties. The Arizona charter school sector overall grew rapidly in size and simultaneously in average levels of achievement.

Far from extraordinary, this is perfectly normal in most human endeavors. Firms with services and products in high demand grow to meet demand, while those with low demand close. When placed under severe stress, Arizona charter schools became much stronger (as did Arizona K-12 education as a whole; Arizona alone made statistically significant gains on all six NAEP exams during the 2009 to 2015 period). It’s very rare in public education, however, that districts routinely face community pressure to keep under-enrolled schools open and school boards routinely fold under this pressure.

Likewise, many districts have high-demand schools with waitlists, but those schools commonly are kept as niche players rather than scaling to meet demand. The dynamic here is the same. Incumbent interests would see a scaling high-demand district offering as a threat to the employment/operations of other schools in the district.

Few districts, therefore, display antifragility; undesired schools remain in operation despite diverting funds from classroom use, high demand schools don’t get the opportunity to replace low demand schools, and frustration abounds for decades as we try – and largely fail – with top-down schemes to spur greater productivity from a system that largely lacks the ability to dynamically improve.

Winston Churchill once noted that Americans will always do the right thing once they have exhausted all the other possibilities. Education is not an exception.