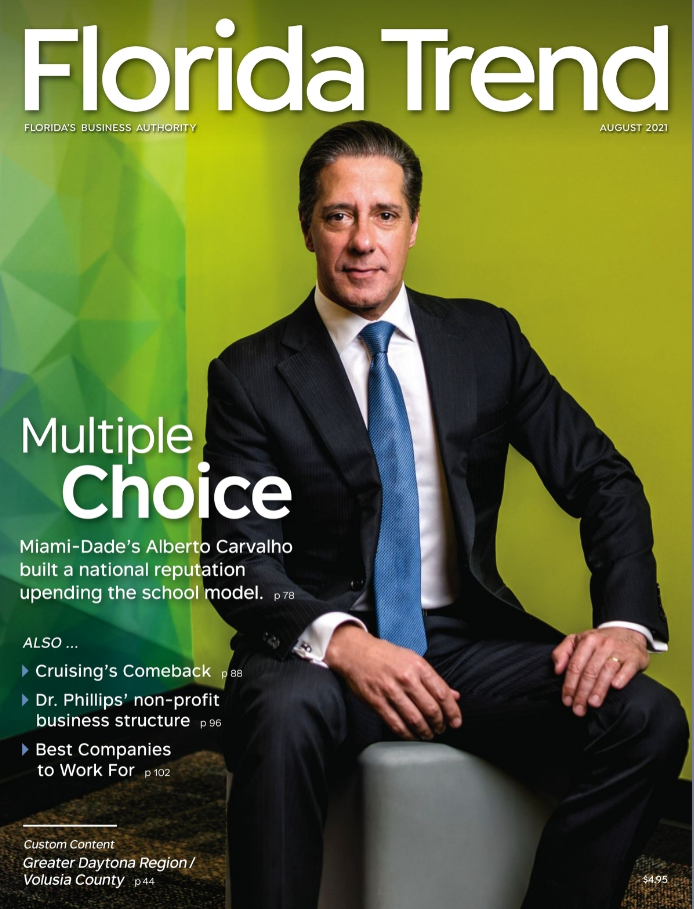 Media coverage in Florida is often negative when it comes to how school choice and education choice have become mainstream – and how advantageous that transformation has been for millions of families.

How refreshing, then, to see the take from the state’s leading business publication.

This is intentional. For years, Carvalho has been using a colorful tsunami metaphor (see here and here) to help folks understand why he and his gigantic district – the fourth biggest in the nation – decided to embrace choice rather than fight it.

Here’s how Carvalho describes it in the Florida Trend piece:

“Ability is evenly distributed. However, access and opportunity aren’t. So, we have rushed to create choice programs in areas and ZIP codes where they did not exist. I know we opted for a very different route than many school districts that fought parental choice. We recognized the tsunami of choice was upon us, and rather than be engulfed and annihilated by it, we chose to ride on top of it.”

Miami-Dade has the highest rate of private school enrollment of any big district in Florida, and now has at least 440 private schools participating in school choice scholarship programs. Until recently, it also ranked No. 1 in percentage of students enrolled in charter schools. (It’s now No. 2, after fast-growing Osceola County near Orlando.)

All that non-district choice spurred Miami-Dade to create the most diverse portfolio of district choice in Florida, including more than 100 often amazing magnet schools like this one. And all that choice may help explain why Miami-Dade is now one of America’s top performing urban districts.

Two years ago, in preparing a paper on Miami-Dade for an “Education Cities” conference at Harvard, I googled “elementary schools near me” outside a Catholic school in North Miami that’s educating hundreds of school choice scholarship students. Within 4 miles, there were six charter schools (not including a KIPP charter school 15 minutes away); seven private schools accepting choice scholarships (including another Catholic school); seven magnet schools; and three district K-8 schools (which are choice schools in Miami-Dade).

A generation ago, most of these options didn’t exist – and the ones that did would not have been accessible to lower-income parents.

The Florida Trend piece includes a couple of excellent side bars, including a must-read on Florida’s changing education landscape from Step Up For Students Chair John Kirtley. (Step Up hosts this blog.)

To hear more from Carvalho, check out these podcasts from redefinED and Education Next.