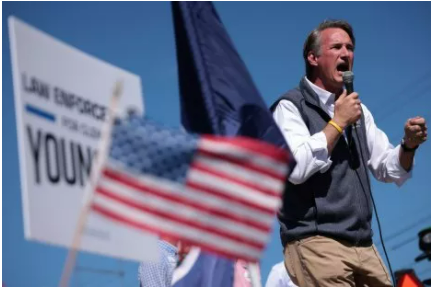 Editor’s note: This commentary from Dan Lips, visiting fellow in education at the Foundation for Research on Equal Opportunity and a reimaginED guest blogger, appeared last week on the foundation’s blog, FREOPP.org. Be sure to watch for his mention of reimaginED executive editor Matt Ladner’s commentary based on research from the Educational Opportunity Project at Stanford University.

Whether parents should have the power to shape their children’s education became a defining issue of Virginia’s gubernatorial race. Glenn Youngkin will soon have an opportunity and obligation to answer the concerns of the voting bloc that helped him become the commonwealth’s next governor.

While many political pundits have associated Virginia parents’ frustration with their children’s public schools with the ongoing culture war between right and left, many Virginia parents (including those who voted for Joe Biden 12 months ago) likely have more practical concerns.

First, many of Virginia’s school districts were closed for long periods during the pandemic. Second, many parents (particularly those living near Washington) are paying high housing costs for public schools that aren’t providing a high-quality education.

According to Burbio, Virginia was among the states that offered the fewest days of in-person learning during the 2020-21 school year. Despite public health guidance from the American Academy of Pediatrics that it was safe to reopen schools in 2020, many of Virginia’s large school districts remained closed into the spring of 2021.

That was long after teachers had been offered vaccines and many school districts across the country had reopened safely. These prolonged school closures harmed children and parents, particularly those from low-income households and children with disabilities.