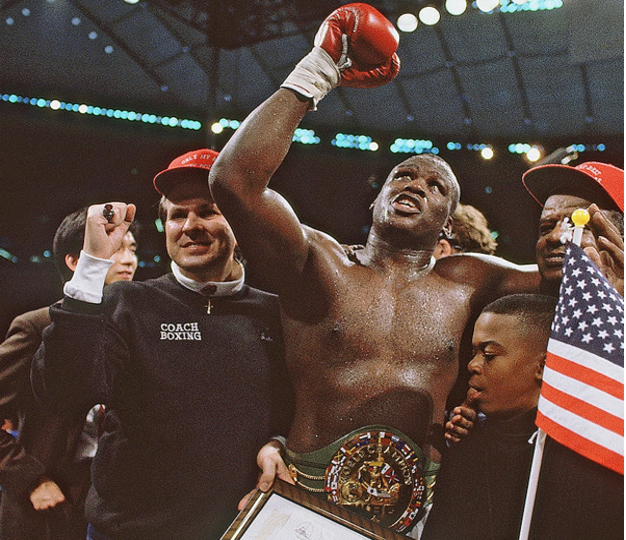 Military tactics are like unto water; for water in its natural course runs away from high places and hastens downwards. So, in war, the way is to avoid what is strong and to strike at what is weak.

The biggest upset in heavyweight boxing history occurred Feb. 11, 1990, as 42-1 underdog Buster Douglas not only gave undefeated heavyweight champion Mike Tyson a fight; he knocked the champion out.

Tokyo hosted the fight, and as ESPN explained:

Tyson’s dominance in those days became problematic for his promoter, Don King, who had increasing difficulty persuading the casinos in America to dole out millions of dollars in site fees for bouts that sometimes didn’t last as long as the national anthem. Which is why Tyson-Douglas took place in Japan.

Tyson, with a 37-0 record, appeared unbeatable and usually knocked opponents out in the early rounds. Douglas, however, had a height-reach advantage and a strategy; as Tyson attempted to get inside, Douglas tagged him with a jab, and then wrapped him up. Fighting Iron Mike Tyson inside was a one-way ticket to the canvass.

The Douglas strategy: Don’t do it.

Douglas’ strategy took him to the eighth round, but in that round, Douglas departed from his strategy and fought Tyson toe-to-toe, resulting in: 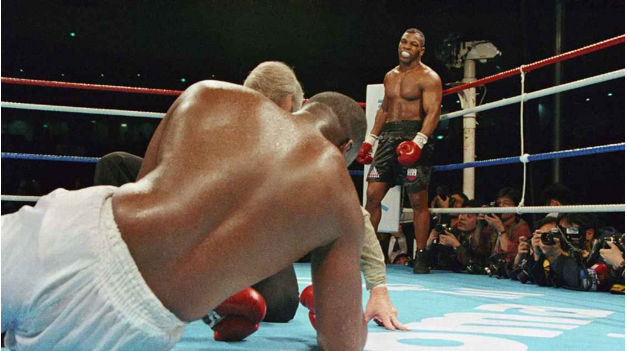 Douglas got up from the canvass and resumed his strategy, and his jabs took their toll: 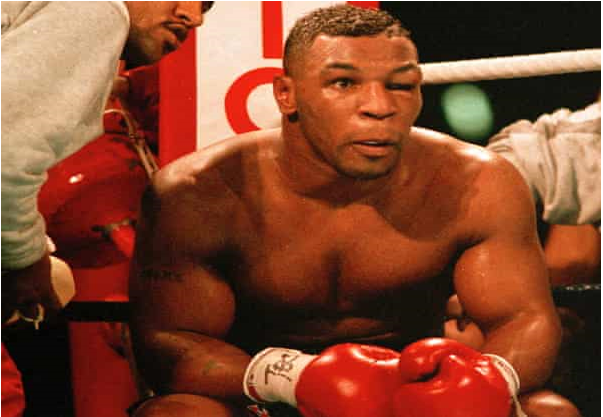 Boxing is an unforgiving sport for those who have trouble seeing out of one of their eyes. In the 10th round, the seemingly invincible champion suffered his first knockout: 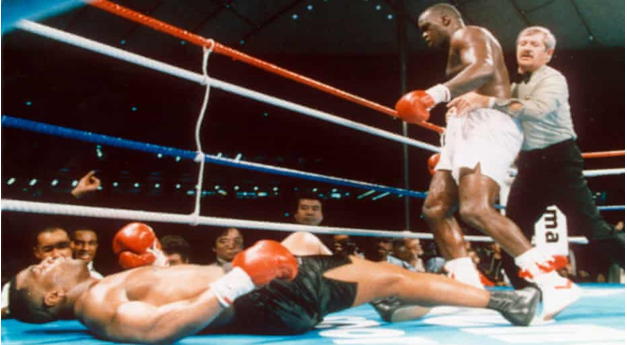 For anyone who watched this live, it was surreal. It’s been said that every boxing fan recalls exactly where he or she was when this happened, much like the assassination of John F. Kennedy. As a joyful Douglas was being mobbed by his cornermen, Merchant told the HBO audience, “This makes Cinderella … look like a sad story.”

I can confirm the assertion about remembering where you were: I watched this fight live, with my father, in the house I grew up in about four months before graduating from college. The only television shock that I can compare it to would be watching the election returns in 2016, when my son told me I looked like I had seen a ghost.

That shock would still rank second. Douglas’ knockout of Douglas was indeed surreal.

Checker Finn, president emeritus of the nonprofit Thomas B. Fordham Foundation, delivered a eulogy for the “charter-lite” district portfolio model in response to the ongoing death of the model in Denver:

Yes, I believe in democracy. The voters are and should be in charge. Unlike our former president, I accept election results. But we also need to guard against self-interested factions seizing control and overriding the public interest. Rubber-band democracy isn’t what the founders sought. In the education space, however, those bands are likeliest to snap back via thinly attended off-cycle board elections dominated by selfish factions, followed by back-room compacts to repeal reforms and dump superintendents.

Your humble author added that underline and always celebrates when education reformers show a strong grasp of Political Science 101.

American K-12 policy is set in a complex web of federal, state, and local settings, and through a pluralistic competition between contending interests. Fighting powerful status-quo interests in local turnout/visibility elections seems more than a bit like trying to fight Iron Mike inside: You can try it, but you are unlikely to like the result.

Paul Hill wrote a response to Finn’s piece, noting that state-level choice reforms have suffered setbacks in California and Massachusetts, which is true. Hill then sagely notes:

Opposition intensifies as the amounts of public money and the numbers of kids involved in new options expand. The fact that a reform strategy hasn’t become big enough yet to stir concerted resistance means nothing. No matter what the strategy, reformers need to expect setbacks and make their case over and over again with better evidence as it emerges.

While this is entirely true, it also is true that Tyson nearly knocked out Douglas despite a brilliant, well-executed strategy. If Douglas had lost, however, either he or someone else very likely would win a future fight with a similar strategy.

Sun Tzu would have approved of the Douglas strategy. What would he make of current K-12 reform?