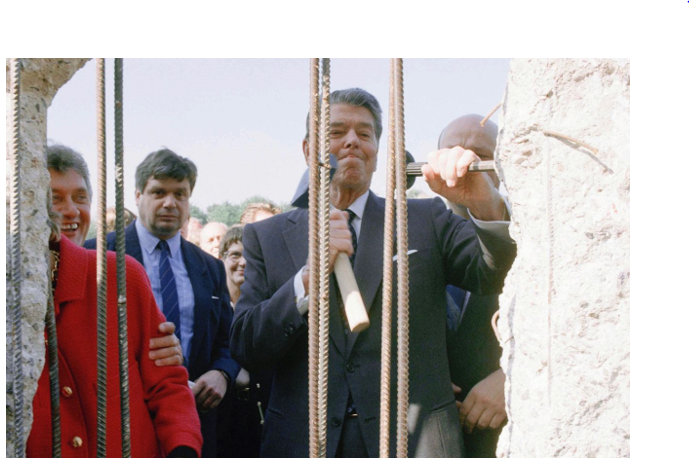 Russia’s reactionary former KGB officer-strongman launched a “special operation” to “de-nazify” the Ukraine, an independent nation whose president not only is Jewish but who lost relatives in the Holocaust. The Ukraine war represents (hopefully) the last gasp of the Cold War.

The school choice movement has much to learn from the Cold War.

The United States conducted a highest-stakes-possible multi-decade nuclear stand-off to contain the aggression of the Soviet Union. In furtherance of this goal, the United States created a broad system of free trade to secure military cooperation, which delightfully created the greatest reduction in global poverty in human history.

Cold War victory, however, hardly seemed inevitable while it was being conducted.

“Let every nation know, whether it wishes us well or ill, that we shall pay any price, bear any burden, meet any hardship, support any friend, oppose any foe to assure the survival and the success of liberty,” John F. Kennedy stirringly proclaimed in his inaugural address. “This much we pledge – and more.”

Did the United States have staying power to see this pledge through? It did not appear to be the case in the 1970s.

Cold War fatigue grew under the crushing weight of the effort. The United States suffered a divisive defeat in Vietnam, the economy was a stagflation-ridden mess, and national confidence ebbed. Ronald Reagan successfully rallied the United States to see the conflict through:

Reagan lived to see the dissolution of the Soviet Union; we won, and they lost.

The choice movement should take inspiration from Kennedy and Reagan. Lawmakers passed the oldest of the modern voucher programs 32 years ago, the first charter school law 31 years ago. It’s a long struggle. Fatigue sets in, and it is easy to get distracted.

If social media virtue signaling had accomplished either of these goals, we would have chipped our trophy piece of the Berlin Wall away years ago.

“Tyranny, like hell, is not easily conquered; yet we have this consolation with us, that the harder the conflict, the more glorious the triumph.”

In the end our theory should be: We win and the reactionaries lose, both in Ukraine and here at home.