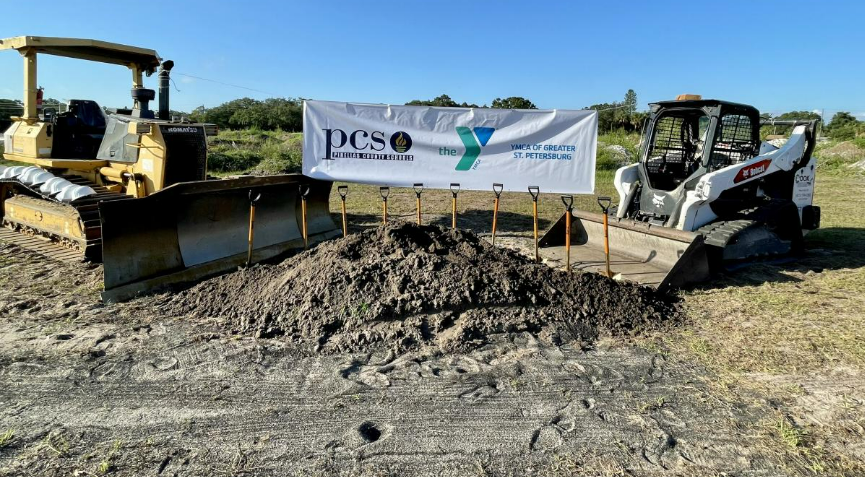 Nearly a quarter century ago, Florida’s Lake Nona community near Orlando made history by being the first in the nation to combine its YMCA with a public elementary school.

Today, the Pinellas County School District in the Tampa Bay area is poised to become home to the second such project in the state with a $50-million combination middle school-YMCA slated to open in St. Petersburg in 2024.

The YMCA will feature a fitness center with state-of-the-art cardio and strength equipment, three group exercise studios, a cycling studio, a wellness terrace, and a childcare center for Y members. The Y will also feature a lap pool, splash pad and playground.

“The days should be gone where everybody has to do something separate,” Grego said. “It’s so much more cost-effective. This partnership in this building will be the right thing for the community because it will be a shared community,” Grego said, adding that the project will be “the hub of this community.”

The school will be a health and wellness magnet and house 600 students, making it one of the smallest middle schools in the county. The combination school and Y will be built on the same site as Riviera Middle School, which district officials closed in 2008 during the recession.

Fast forward 14 years, and the area’s population is booming.

David Jezek, president and CEO of the YMCA of Greater St. Petersburg, said services at the new Y will go beyond those for middle school students, reaching out to everyone, from infants and toddlers to seniors, and everyone in between.

“Having decades of experience with the Y, I understand how having access to Y services can impact a community,” Jezek said. “And I understand how fortunate we are to have an opportunity to embark on this journey with our longtime trusted partner Pinellas County Schools.”

Jezek announced the YMCA will be named for the Speer Foundation, founded by Roy Speer, who also founded the Home Shopping Network and was a long-time supporter of the YMCA. The foundation also had a hand in the Speer YMCA Preschool Academy in an underserved part of St. Petersburg.

“My family has a personal history with this neighborhood, and we know firsthand that it can be a special place to live and raise a family,” Lisa Speer Vickers said speaking on behalf of the Speer Foundation. “It means a great deal to us that education and wellness are at the heart of this endeavor and that neighbors of all ages will benefit from the excellence in learning and programming that will be found here every day.”

While innovative, the public-private partnership isn’t new. For years, YMCAs have served as sites for public charter schools, including Tiger Academy in Jacksonville, which opened in 2009.

The first school district partnership launched in Central Florida in 1999, when five organizations came together as part of a $12.5 million campaign to build the Lake Nona YMCA Family Center, which combined Northside Community School with the YMCA. Northside, known as Orlando’s only public elementary school with a pool, and the center, became a community hub, and the Lake Nona YMCA set a national precedent.

As the only Y in the United States to share facilities with an elementary school – with those shared facilities including a lobby, classrooms, ball and soccer fields, music and art rooms, a multi-media center, computers, a cafeteria, office and even phones – Lake Nona became a magnet for visitors from every state and many countries. It also won an international award from the Urban Land Institute in 2000 for the best use of land and resources.

Construction on the St. Petersburg project is anticipated to start immediately to allow the YMCA to open by the fourth quarter of 2023 with the school set to open at the start of the 2024-25 academic year.