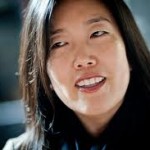 Michelle Rhee and I are members of the same political tribe. We’re progressive Democrats. Throughout most of the 1800s and into the mid-1970s, our tribe supported school choice, including allowing parents to use public funds to help pay for private school tuition. Our group’s position began to change in the late 1960s as urban teachers, who are core tribal members, began to unionize. By the time Jimmy Carter ran for president in 1976, the transition was complete. Progressive Democrats opposed school choice.

In the late 1970s and early 1980s, school districts began using within-district school choice to promote voluntary desegregation, so our tribal position began to gradually evolve. I say gradually because in 1986, I led a floor fight at the annual National Education Association convention, on behalf of then-NEA President Mary Hatwood Futrell, for a resolution endorsing within-district magnet schools. The opposition argued that magnet schools were voucher programs which siphoned off money and the best students from neighborhood schools. The resolution failed.

At Florida Gov. Jeb Bush’s annual education reform conference a few years ago, Michelle Rhee began her morning speech by saying she was hired in Washington D.C. to reverse the flow of students into charter schools. But in her new position as founder and CEO of StudentsFirst, Michelle is slowly becoming more open to school choice.

But there are some inconsistencies in her positions. She opposes vouchers for middle and upper income students, for example, but she’s okay with charter schools serving middle and upper income students. The differences between privately-owned charter schools and other publicly-funded private schools are shrinking daily. The San Francisco Flex Academy, for instance, is a privately-owned public charter school in which all classes are taught by a separate online private school.

Michelle Rhee is one of our country’s most dynamic and influential educational leaders. As she gradually becomes more comfortable embracing full school choice, many progressive Democrats will follow. And when teacher unions expand their business model to include teachers working outside of school districts – and they will eventually – then our entire political tribe will change positions as rapidly as we did in the mid-1970s.

School choice will again be a core belief of progressive Democrats.