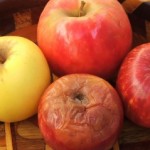 A year after I began work as an education reporter, I witnessed a classroom scene so shocking, it haunts me to this day. I asked a high school teacher in a typical, normal public school if I could sit in on his class, and he said sure. He flipped on the most boring documentary ever made – a decades-old snoozer on map making, if I remember right – and turned off the lights. Heads became one with desk tops. Eyes closed. And then the really bad thing happened.

The teacher – who was also a teachers union representative – sat back in his chair, put his feet up and unfurled a newspaper with a flick of his wrists.

In the aftermath, I had to tell myself: Don’t leap to strong conclusions. Don’t let this one crazy thing unnecessarily taint the full picture about teachers and teachers unions. And I don’t think I have. As an education reporter for many years, I saw plenty of awesome teachers in public schools and a handful of really bad ones. I saw teachers unions take positions on issues that jibed with the facts, and others that were just flat ridiculous. The world of education as I’ve come to know it is often complicated and gray, and sometimes it’s hard to tell good guys from bad. With so much hanging in the balance, we should all be careful before we decide whether an obviously rotten apple is a representative example or an anomaly, or whether a small string of them is unfortunate coincidence or troubling trend.

I was reminded of that teacher and his newspaper this past week because of two story lines that have been running simultaneously in the Tampa Bay Times.

(I know, I know: Write about some other paper for a change, will you? I will. But for those who don’t know Florida, the Times is in our backyard; it’s the biggest and best paper in the state; and it frequently sets the tone on coverage statewide.)

On the editorial page, the Times used the example of a rogue charter school in Pinellas County in two separate editorials. The school was exposed through excellent reporting to be using teaching methods promoted by the Church of Scientology. In the story’s wake, the first Times editorial decried “the dangers of charter schools” and said “the freedom given these privately run schools using public money can be easily abused in the wrong hands.” The second panned the controversial parent-trigger bill moving through the Florida Legislature, which critics somewhat hysterically assert will open the door for the wholesale takeover of public schools by for-profit charter chains. (The second editorial also highlighted two other charters in Tampa Bay because they’re both making steep rent payments to Imagine, their parent company. So let’s say there are two or three potentially bad apples on the Times’ radar. And full disclosure: The story about Imagine was one of my last bylines for the Times.)

Meanwhile, at the same time this past week, the Times reported on yet another female public school teacher in Hillsborough County, Florida, who reportedly molested a student, in this case a 12-year-old boy. That makes it at least the seventh highly publicized case since 2004 involving female teachers in Hillsborough alone.

Personally, I think there are some regulatory issues with charter schools that need tightening and tweaking. But I also think some charter schools are doing amazing things, whether it’s the KIPP schools nationally or the Plato Academy schools that dot the Times’ coverage area. It seems odd and unfair to elevate the profile of a single problem charter (or even two or three) to cast aspersions on charters as a whole, while not, at the least, acknowledging how others have played by the rules and are living up to their promise.

It also seems the scrutiny is selective. It doesn’t take much to go wrong for critics to pounce on choice programs, drum up outrage and proclaim a series of controversies, while more persistent patterns in traditional public schools get a pass. For example, unless we missed it, there have been no editorials slamming the Hilllsborough district for a lack of diligence in protecting its students from sexual predators. (Not that there should be. Keep reading.)

Personally, I think the issue of teacher sexual misconduct deserves more ink. A few years back, the Associated Press put together a disturbing series of articles that documented how often teachers have inappropriate relationships with students. I know it happens more often that it is reported because I was one of the few reporters in Florida who routinely looked at the cases before the state’s Education Practices Commission, which meets every month or so to determine sanctions for wayward teachers. It wasn’t uncommon to see cases involving teachers and students that never saw the light of day – and I was only looking at the cases from the Tampa Bay area.

But that’s not to say there’s an epidemic. Or that districts – with union help, in many cases – aren’t proactively working to keep these things from happening. Or that all public schools should be smeared because a handful of teachers crossed the line.

There are good and bad apples in every educational basket, which are increasingly being mixed into one big barrel. What we should all be doing, obviously, is figuring out how to maximize the good and minimize the bad. Sweeping judgements based on limited examples are not the best way to do that.