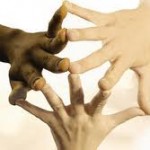 Valerie Strauss recently reprinted a commentary on her Washington Post blog, Answer Sheet, from Ann Geiger, a former Orange County, Fla. school board member, who asserted that empowering parents to select their child’s school is undermining our country’s religious and social cohesion. Geiger quotes extensively from Ross Douthat’s recent New York Times column, in which he argues that the religious center in the United States is breaking apart and that this polarization has negative consequences for our democracy.

Geiger concurs with Douthat’s views and blames, in part, school choice for exacerbating this problem by allowing parents – especially immigrant parents – to focus on their personal needs instead of the greater good. Geiger writes that public education “was strongest when most agreed children educated together within public-funded, community-based schools was in the best interests of the individual child and society at large … With many immigrant families flowing into the United States, often from countries with pronounced educational inequities, instead of hearing the traditional American value of children learning together as the foundation of a strong democracy and healthy society, they hear, look out for your own interests, your own child, your own world. This haunts and disturbs me. What are the long-term consequences if so many of our young families, native-born and immigrant, hear that message?”

While I agree social cohesion is an essential component of a healthy democracy, denying low-income and immigrant parents the freedom and resources to select their child’s school will weaken our common bonds, not strengthen them. But I acknowledge Geiger’s views have deep historical roots.

In the 1830s, state governments, which were controlled by Protestants, started assuming greater control of publicly-funded education in response to the influx of Catholic immigrants into Catholic schools. The goal of these mid-19th century Protestants wasn’t the nurturing of religious pluralism. They wanted to diminish Catholicism while enhancing their power and influence.

A second large wave of Catholic immigration in the late 1800s and early 1900s led to further efforts to use government schooling to destroy Catholic schools. It culminated with a Ku Klux Klan sponsored referendum in Oregon in 1922, requiring all children to attend government (i.e., Protestant) schools.  This referendum was overturned by the 1925 U.S. Supreme Court ruling, Pierce v. Society of Sisters, which is why parents today have a constitutional right to send their children to a non-government school, provided they can pay for it.

While I’m sure Geiger shares my abhorrence of everything the KKK stands for, its 1922 proposal treated all parents equally, which is fairer than what Geiger is proposing. She wants to maintain school choice for those who can afford private school tuition (or homes in middle-class and upper-class neighborhoods), but deny it for those who can’t. Denying freedom and equal opportunity to immigrants as a means of teaching them about American values seems counterintuitive.

I am a progressive Democrat, so I understand the impulse to address our country’s challenges through top-down social engineering. Some limiting of personal freedom is inevitable in all societies. But history and social science teach us that too much top-down control – which is what Geiger is advocating – is inconsistent with human nature and undermines individual and group effectiveness.

We can successfully manage the strengths and challenges inherent in our country’s extraordinary diversity and pluralism without unduly limiting the freedoms and opportunities of our least powerful families.