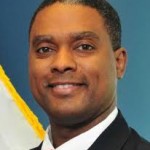 Do critics have a double standard when it comes to scrutinizing school choice options like charter schools and vouchers? Florida Education Commissioner Gerard Robinson suggested as much in an interview published today by the Tampa Bay Times’ Gradebook education blog.

In response to a question from the Times editorial board, Robinson noted that charter schools that struggle academically and/or financially can be shut down (in Florida, that has happened many times) but that same ultimate penalty is rarely leveled at traditional public schools (off hand, we can’t think of any examples in Florida). “For the bad charter schools that aren’t working, they should close,” Robinson said.  “But for the traditional schools that have also failed a number of our kids, we don’t see the same level of righteous indignation.”

Robinson has deep roots in the school choice movement, having once served as president of the Black Alliance for Educational Options. And interestingly enough, the editorial board’s questions focused mostly on choice options. Here are some other excerpts:

On testing accountability in voucher schools: “The private school curriculum isn’t aligned to what we test on the FCAT (the Florida Comprehensive Assessment Test). So you’re comparing apples to oranges. At the same time, there are the Stanford tests, there are Iowas, there are other tests you can take. So I’m not against assessment. What I am saying is, simply saying because they don’t take the FCAT therefore they’re not accountable is not correct…. “

On closing the achievement gap: “I’ve often said what you don’t have is a political gap problem as much as you have a political crap problem.  … If white kids are reading better than black, Latino, Hispanic or Native American kids, that’s not a reading problem. We know what it takes to get kids proficient in reading. The question is, are we willing to make the tough decisions, political decisions, to get the right resources – human and financial – into the schools or after-school programs … to make it happen?”