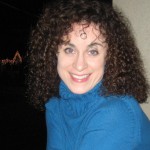 Editor’s note: The set-in-stone narrative about education reform is progressives vs. conservatives, Republicans vs. Democrats, teachers unions vs. the “corporate agenda.” The truth is more complex – and more colorful. One of the more dynamic angles is the degree to which progressives are divided. In this guest post, former teacher Catherine Durkin Robinson makes a case that progressives have become too resistant to needed change – and that fellow progressives need to do a better job persuading them.

When I began working in education reform, some of my Democratic friends and fellow activists weren’t happy. Some had long railed against any attempt to change education, empower parents or hold teachers responsible for their own performance. While plenty of Democrats support reform, including President Obama, some of my friends looked at other supporters of the movement – supporters like Jeb Bush – and freaked out.

I was one of them, once.

Then I got to work.

By my eighth year of teaching, I was helping even my most challenging students learn and grow. I prepared them for important assessments without teaching to the test. I showed them history and economics could be entertaining. The recipe? An unwavering belief in my students’ ability to learn, setting high expectations for them, and working hard to follow through and do justice to those principles.

But then I looked around me.

Too many other adults in the lives of these students relied on excuses for why they couldn’t do an effective job. While passionate educators devised creative and unique lesson plans, ineffective teachers blamed parents or faulted an unfair society. Principals faulted a lack of resources and elected officials blamed others.

I grew frustrated watching educators who inspired their students being lumped together with those who read newspapers in class. Dedicated and brilliant educators who served their students got laid off because they were hired last, while at the same time, disenchanted administrators couldn’t remove ineffective teachers. Unfortunately, our elected officials made all this possible because, instead of putting the interests of students first, they put the interests of adults first – adults with a vested interest in the status quo.

Eventually I left teaching because I didn’t feel valued as a professional. The system doesn’t allow educators to serve the interests of students and many of my colleagues – good teachers – quit for similar reasons.

I looked around again and realized quickly it didn’t matter whether a politician was Democrat or Republican; what mattered was their dedication to helping our students.

It bothers me as a liberal and champion of the labor movement that teachers’ unions oppose most of these reforms. Collective bargaining shook up the status quo, representing groups of people who had been historically taken advantage of, and now too many union leaders have assumed the role of defending the status quo. They are resistant and hostile to change.

If progressives looked at our goals, they’d see we consistently:

Demand an equitable education for everyone, including low-income students and children of color.

Believe the needs of children should weigh more than the demands of adults.

Advocate for our nation’s most vulnerable individuals.

Encourage the empowerment of all parents, regardless of zip code.

These are clearly progressive values.

Back when I assigned debates in class, sometimes the losing side would get angry at their opponents for winning.

“They presented a better argument,” I told my students. “Be angry at yourselves because you didn’t argue effectively enough.”

Now, as a member of this growing movement, I must reflect on my own lesson. If progressives aren’t seeing the value in what we’re doing, it’s because we haven’t given them reason to believe.

Instead of blaming others, let’s meet our fellow liberals on their own turf at teacher conferences, educator trainings and neighborhood workshops, advocating for ourselves as well as students. Instead of getting angry at unions and school districts, let’s join the conversation and prove our points. There are well-meaning people of all political stripes who support advancing educational opportunity.  That shouldn’t scare us.  When we show our brothers and sisters on the left that we are nothing to fear, that we share the same values, they will join our movement and champion the rights of children.

Let’s argue effectively that reformers and progressive Democrats are on the same team: fighting for the integrity and quality of our schools and the rights of our students to learn.

Catherine Durkin Robinson is a former teacher, columnist and political activist currently working to improve and preserve public education for StudentsFirst. Her views are her own.