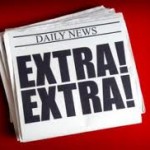 The Louisiana Senate made national headlines this week with its historic 24-15 vote in favor of a statewide voucher program. But once again, media coverage ignored a key development: The vote was bipartisan.

Seven of 15 Democrats, including four black Democrats, voted in favor of HB 976, which also expanded other school choice options. That’s on top of 12 Democrats who voted for the bill in the House. All of them did so despite tremendous pressure not to stray from the traditional party line or from historic allies like the Louisiana teachers union.

Despite all the Democratic votes, the union stuck to the story: The voucher agenda was pushed by out-of-state influences, the conservative American Legislative Exchange Council and Wall Street – a nefarious cabal out to “rob local funds from our neighborhood schools.”

Widely repeated lines like these are what prompted redefinED this week to spotlight a couple of Florida folks who support vouchers and tax credit scholarships. One is a St. Petersburg, Fla. pastor who also happens to be a Democrat and the head of the local NAACP. The other is a Sanford, Fla. dad whose podcast interview I posted this morning. “I’m just a dad looking to do the best for his son,” Mike Enters told me.

The debate over school choice is more dynamic and nuanced that its loudest critics want you to believe. And it’s more interesting than what you’ll read in the papers.