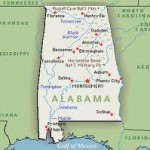 More than 5,600 charter schools are celebrating National Charter Schools Week this week, but none are in Alabama. Barring a miracle, there won’t be any in the near future, either.

The Alabama state senate whiffed last week on a historic opportunity to finally bring charter schools to one of the last states without any. It took an initially modest bill that had already been downsized in earlier rounds of legislating and proceeded to make it a joke.

“As watered down as a glass of iced tea left to sit in Alabama’s summer sun,” the Birmingham News editorialized this week.

The original bill would have allowed up to 50 charters statewide. What passed last week reduced the cap to 20. It also limited charters to the four biggest cities; allowed only the conversion of existing, low-performing schools into charters; gave veto power to the local superintendent or any member of the local legislative delegation; and provided for no appeals process. In other words, it makes charter schools in Alabama pretty much impossible.

The House could revive the bill, but that appears unlikely.

What a shame for the students of Alabama. This year’s Education Week rankings put Alabama at No. 44 among the 50 states in K-12 academic achievement. To be sure, the state has made some recent moves in the right direction by beefing up standards and accountability. But they’re not enough. Alabama students deserve to benefit from the kinds of expanded school choice offerings that have helped students across the nation.

That Republican Gov. Robert Bentley and Republican majorities in both Houses couldn’t get the job done, in another banner year for school choice nationwide, suggests a failure of leadership. It’s also testament to the continued strength of the Alabama teachers union.

In Louisiana, just a couple doors down, education reformers are still celebrating the recent expansion of learning options for their kids, especially the low-income kids who struggle the most. The kids in Alabama will have to keep waiting.