Arlene Ackerman, Tony Bennett and Kenneth Whalum are hardly a representative sample of elected and appointed officers in public school systems across the nation today. But their participation on an American Federation For Children National Summit panel Friday does chip away at the imaginary wall between public education and parental choice. 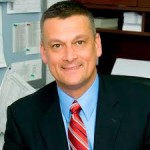 “We have allowed our opponents to draw a caricature of us that says we’re against public schools,” said Bennett, state superintendent of public instruction in Indiana (pictured here). “I’m not an adversary of public schools. I’m an advocate for public school children.”

Whalum, an elected member of the Memphis Board of Education, was more dire in his remarks. He used a Titanic analogy to describe the educational predicament facing this generation of students. But he sees nothing inconsistent in providing public or private options or anything in between. “I’m responsible,” he said with a degree of volume in his voice, “for distributing the lifeboats.”

To a manager such as Bennett, charter schools or voucher schools are simply another tool to meet the needs of individual students and to stimulate traditional public schools to think of new and better ways to answer those needs. For Ackerman, the former superintendent for Philadelphia schools, the issue is also intensely personal.

Ackerman spent 40 years in the traditional public education system. She says she was proud to see the growth in reading and math achievement for Philadelphia students until she asked her staff to compute how long it would take the district, at that pace, to assure that all students met basic proficiency standards. The answer is part of the reason she left and is now trying to bring about change from the outside. That answer: 2123.

“That’s a number I cannot get out of my head,” she told the audience. “How can any of us live with that?”