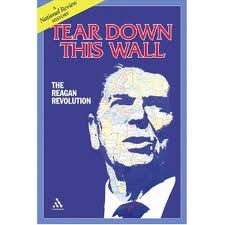 Nobody invoked Ronald Reagan this week and demanded that somebody (Randi Weingarten? President Obama? The local school board?) “tear down this wall,” but two school choice champions got close. Step Up for Students President Doug Tuthill used the Berlin Wall analogy yesterday in a redefinED post about the big-picture trends in ed reform. And in a beautiful coincidence, Robert Enlow, president and CEO of the Friedman Foundation for Educational Choice, did so today in an op-ed for CNN.

Wrote Enlow: “Just like the millions of East Germans who demanded freedom, we know that there are millions of parents that want to be removed from a system that uses a zip code to determine where their children must attend school.” He concluded, “Vouchers should be made available to children no matter if they are poor, disabled, from the middle class or from a family of 10, or from a rural, suburban or urban area. There should be no restrictions on who gets to choose, just like there were no restrictions on who could escape tyranny once the Berlin Wall fell.”

Also by coincidence, one of the nation’s biggest pollinators for school choice, Jeb Bush, delivered an ed reform speech in Colorado this week. He didn’t explicitly urge anyone to tear down any walls, either, but according to Education News Colorado he did implore the audience of 1,700 to “join reformers to make school choice both public and private the norm in our country.”