Getting lost in the complexities of education reform is easy, so I use the following analogy to help me understand the daily ebb and flow of school reform issues. 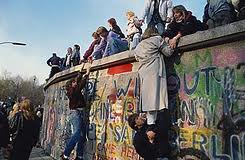 I equate school districts with East Germany because they are command-and-control, politically run monopolies where teachers and parents have little decision-making power. School districts employ legal barriers (i.e., the Berlin Wall) to prevent families from leaving, although affluent families have always been able to buy their way out. Increasingly, lower-income families are accessing resources (i.e., tax credit scholarships and vouchers) which allow them to get out also.

While this analogy is not precise, it does help me understand the motivations, tensions and contradictions that permeate the current education reform movement. Today we have two parallel reform movements. One is attempting to improve productivity within East Germany, while the second is trying to knock down the Berlin Wall and turn all of public education into West Germany.

Teachers unions play an unusual role in this analogy. They were created to protect teachers from the abuses of the East German system, yet they are committed to maintaining this system. Individual teachers would be much better off in a West German system that empowered them to be innovative and entrepreneurial. But teachers unions have become so tied to East Germany that they fear the teacher and parent empowerment that would accompany a West German-type system.

U.S. Secretary of Education Arne Duncan’s reform positions also appear strange when seen through the lens of this analogy.  Secretary Duncan falls primarily into the let’s-improve-East-Germany camp, although he is a big supporter of charter schools and online learning, both of which allow families to leave East Germany.  On the other hand, he opposes tax credit scholarships and vouchers, which are additional ways that families – especially low-income families – may slip through the Wall. It’s unclear why he supports some ways for families to leave but not others.

Defenders of an East German system of public education argue that allowing families to leave will destroy public education. But tearing down the Berlin Wall made life for the people living in East German better, not worse, and the same thing will happen to public education. Teachers will be empowered to act on their knowledge, skills and passions to create more diverse and innovative learning options for families. And all parents – not just wealthy parents – will be able to match their children with the schooling options that best meet their needs.

East German leaders did not voluntarily pull down the Berlin Wall and embrace a West German approach to governance. They fiercely resisted the Wall coming down and, when it finally did, the transition for East and West German citizens was difficult. I am aware of the challenges we face in creating a more democratic, empowerment-driven public education system in the United States. But this transformation is necessary and inevitable.

(Image from time.com shows crowds bearing witness to the fall of the Berlin Wall on Nov. 10, 1989.)