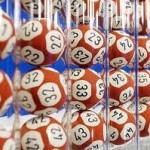 Over at the Gradebook (the Tampa Bay Times education blog) this morning, another example of why public school choice alone isn’t enough:

Forty-two percent of the 2,200 parents in the Pasco County School District who applied to switch schools this fall were denied, the Gradebook reports, often because there wasn’t enough room. (Florida’s voter-approved class-size restrictions contributed to the complications.) The blog post notes the appeals process is ongoing so “a few more families might win their preferred school seats.”

That still leaves a whole bunch frustrated – and unnecessarily so.

This happens far too often. In Florida alone right now, there are thousands of upset parents in Pinellas, Palm Beach and other major school districts because they failed to get their kids into the public schools they wanted. In Hartford, Conn., 10,000 kids lost the public school lottery a few weeks ago.

As we’ve written before, school districts must become more nimble in responding to parents. At the same time, expanding choice options to include private schools and charter schools can help, too. The more that chance and lotteries can be taken out of the process, the better.

The end result will be more parents invested in their schools – and more kids in the learning environments that work better for them.