Editor’s note: This is our second installment of “blog stars,” a compilation of thoughtful material from other ed blogs. If I missed something good, by all means let me know at rmatus@stepupforstudents.org.

Jay P. Greene’s Blog: Much to Learn About Vouchers Rhee Still Has 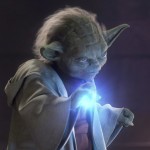 Michelle Rhee’s faith in regulation is odd. The public school system is super-heavily regulated with laws and policies streaming down from the federal, state and local levels. Despite all of that, much of the system performs at a tragically poor level.  That of course is not to say that vouchers should have no regulation, but the right level of regulation is not “heavy.”

Rhee also places far too much weight on the results of standardized test and gives far too little deference to the judgment of parents. Parents make decisions about schools for a large variety of reasons- including things like school safety, peer groups and the availability of specialized programs. In addition to missing the whole point about school choices being multifaceted with parents best able to judge all the factors, individual test scores bounce around from year to year, they often take a temporary hit when a child transfers and adjusts to a new school.

The notion of having program administrators looking at the math and reading tests and deciding to cast children back to their ‘failing neighborhood school’ is very problematic. Pity the poor voucher program apparatchiks who have to drag children back to a public school where they had been continually bullied because they had the flu on testing day. Pity the children more. The subject of what to do about poorly performing private schools in a choice system is a complex topic and opinions vary widely. Rhee’s proposed solution however does not begin to capture this complexity. Full  post here.

But why are teachers unions so much more successful than other unions? The answer is simple: public schools lack both competitors and paying customers, eliminating the checks and balances on union demands that exist in the private sector. A business whose unionized workers drive up costs without raising quality loses customers and may have to lay off workers or even shut down. Union success is thus self-regulating. But if, as a parent, you don’t like the way your local district runs its schools, you have nowhere else to turn — not without moving or paying for a private school. And as a taxpayer, if your local schools mismanage your tax dollars, you can’t send those dollars anywhere else. That’s why public schooling’s inflation-adjusted per-pupil spending has more than doubled in the past four decades despite stagnating or declining academic outcomes: revenues don’t depend on satisfying customers.

That’s not the unions’ fault.

It is the natural result of operating K-12 education as a fully state-funded monopoly. That, however, may explain why education-reform Democrats so often blame the unions instead. Acknowledging the real root of the problem — state school monopolies — seems like an attack on government or even on the ideal of universal education. Full post here.

The Blog, Huffington Post: Zina’s Story, a Voice of Determination

By the time 14-year old Zina arrived in the states with her mother and her siblings, she had not been in a classroom for six years and could not speak English. She landed in a traditional urban public school in which she received no instruction or help. In fact, since no one at the new school spoke her native Farsi language, she was told by her teacher to just stay in her seat and follow as best she could. She was never tested, never graded and never engaged. Eventually, she ended up in a charter school where the teachers went out if their way to help Zina learn. Through it all, her steadfast desire to be educated remained constant. Last year, Zina graduated from college and now works for the European Union helping oppressed women in her former country.

In my travels around the country, I have visited countless schools and spoke with scores of parents, teachers and students about their needs. I am convinced that our traditional one-size-fits-all model no longer works for all of our kids. Our diverse, ever changing student population requires dynamic, innovative and creative approaches necessary to meet all kids where they are. Our schools must adapt to the kids and families that come to them, as opposed to forcing these families to fit into an intractable system. Full post here.

Dropout Nation: Is ‘Gifted and Talented’ Segregation by Another Name?

Students in gifted and talented programs presumably have access to specialized educational resources.  Presumably that is helpful to them.

Unless, of course, gifted education programs in the Atlanta area are a means for school segregation by another name. Read full post here.