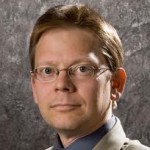 It’s not hard to see why Howard Fuller might be skeptical of universal government education programs. Public schooling is one such program and it has done an atrocious job of serving the poor. But is its universality the cause of its failure? Fuller believes that the poor are forgotten and given short shrift under universal programs and that the wealthy are favored by them. If that were the case in public schooling, we would expect schools serving the poor to receive less funding than those serving the wealthy. In responding to Fuller, Matthew Ladner contends that this is indeed the case: that public schooling “systematically distributes more money per pupil” to wealthier kids.

Actually, though, that doesn’t appear to be true. According to the federal Department of Education’s Condition of Education 2010, Indicator 36-1, districts with the poorest students are the highest spending. Public schools serving these students are not atrocious because they are underfunded, they are atrocious despite the fact that they are the best funded districts in the nation.

Having voted to raise public school spending relentlessly for generations, and having chosen to direct the highest level of per-pupil spending to the poorest children, it is hard to believe that Americans are indifferent to the education of the poor.

A more plausible explanation of the facts is that Americans would love to see their poorest countrymen thrive educationally but don’t know how to make that happen. For generations they have been told by the media, academics, and political leaders that the solution is higher spending. They have gone along with that recommendation and it has failed utterly. A few are finally beginning to realize that, but they still don’t know how to improve matters.

But the school choice movement believes it does know the cause of the problem: the lack of alternatives. Middle and upper income families find it easier to pay for private schooling or to relocate away from the worst public schools. They have alternatives that the poor do not. As a result, they get better service. The movement’s solution is thus to ensure that everyone has alternatives.

And this brings us back to Fuller’s claim: that the poor will be better served by a school choice program targeted exclusively at them. Is he right? In answering that question, it helps to consider a few facts and distinctions that are usually overlooked:

• First, there is a difference between universal access to the education marketplace and universal participation in a government program;
• Second, tiny markets are dramatically inferior to vast ones;
• And third, it actually matters who is footing the bill for a child’s education.

Most Americans want to ensure that all their fellow citizens have enough to eat, but no one argues that every American should receive food stamps. That’s because most people are able to provide food for themselves and their families without government assistance and it is generally believed that they will get better and more efficient service if they pay for it themselves than if the government pays for it.

We also have to remember that the performance of a marketplace depends on its size. Large markets have many consumers and many providers. The proliferation of providers means more choices, more specialization, and more competition. The proliferation of consumers means that the best providers stand to earn vast amounts of money. The prospect of earning that money attracts investors and entrepreneurs of the highest caliber. That is why we have iPhones and Starbucks, Whole Foods and Facebook. Consider how we would communicate and listen to music today if early mobile phones and Sony Walkmans could only have been sold to a tiny fraction of the population. It would have been impossible to recoup the R&D costs that went into producing those products and so they would never have come to market. The whole explosive process of innovation and productivity growth in those fields would never have occurred. We’d still be using land-lines. [And if you’re too young to remember the time before cell-phones, just watch an action or suspense movie released prior to 1980. The search for a phone-booth or other land-line is a recurring plot point.]

Today, the poor in America can afford cell phones. But if cell phones could only have been sold to the poor 30 years ago, no one would have them today. The quality of the services received by the poor depend on the size of the market serving them. So it is better for the poor—and for everyone else—to ensure the largest possible scope of market activity in any given field. Universal access to the education marketplace is clearly superior to the limited and highly distorted access that exists today.

But, again, that is not the same as saying that everyone should participate in a particular government school choice program. In fact, there is considerable evidence that it is better for families if parents do not accept government education assistance unless they require it. If they can actively participate in the education marketplace without government assistance, they and their children will be better off. The reason is that the responsiveness and efficiency of schools depends directly on the share of their funding that comes from parents through fees.

I reviewed the worldwide research on this point for the Journal of School Choice, but the gist can be summarized with just a few examples. Consider, for instance, the case of India, which has three main types of schools: government schools, government-funded private schools, and parent-funded private schools. Several Indian studies have found that the first two types of schools perform more or less the same and that both are inferior to parent-funded private schools. Parent-funded schools are also far more likely to use English as the medium of all instruction—as the vast majority of parents prefer—while government-funded schools (both public and private) are usually required by the state to use local languages as the medium of instruction. In this and other respects, schools funded by parents tend to be more responsive to parents’ wishes than schools funded by a third party (usually, the state).

A massive study of 28,000 schools in Indonesia looked specifically at the relationship between the share of school funding coming directly from parents and school efficiency. It found that the higher the parental share of funding, the more efficient the school, holding other factors constant. If you can afford to pay for your children’s education out of your own pocket, you’ll get a better education for them than if you accept third-party financial assistance. A particularly interesting finding of this study is that the biggest value-added comes when parents go from contributing nothing in school fees to contributing even a small percentage of the cost. As Milton Friedman so often pointed out, we tend to be far more careful in how we spend our own money than in how we spend other peoples’. This observation has a very long history, particularly in the context of education. It was, for instance, the subject of a letter from the Roman corruption prosecutor Pliny the Younger to his friend Tacitus 2,000 years ago.

The wealthiest families clearly do not require third party financial assistance to educate their kids. But what about middle-income families? Can we ensure that they have easy access to the education marketplace while minimizing the problems of third-party payment? The answer is yes: by simply cutting their taxes if they pay for their children’s education themselves. Iowa and Illinois already do this on a very limited scale, and their programs could and should be grown and replicated around the nation.

But of course the poorest families owe little or nothing in taxes and so cannot benefit from direct (or “personal”) education tax credits. They require some sort of third-party financial assistance. Does it matter whether that assistance comes from a state government agency (in the form of a voucher) or a non-profit like Step Up for Students (operating under a “scholarship donation” tax credit program)? I’ve tried to answer that question empirically for nearly twenty years, and have concluded that scholarship tax credits are preferable to vouchers because they impose significantly less regulation on private schools, they make it easier for poor families to avoid the strings attached to third-party funds, and they avoid the social discord caused by compelling every taxpayer to support every type of schooling.

All that to say, there is very good reason to ensure universal access to the education marketplace and equally good reason not to foster universal dependence on government education subsidies.