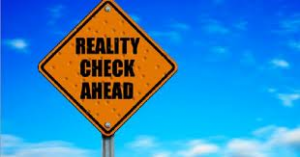 In Florida, we love the bizarre. We cultivate gator-eating pythons and face-eating zombies and transvestites who inject women’s derrieres with Fix-a-Flat. So maybe it makes complete sense that our education debates are so often detached from reality, too.

It’s strange but true: Some of the same people who say Jeb Bush and like reformers are out to trash public schools are the ones, in fact, who often trash public schools themselves. In their haste to throw stones, they put themselves in the position of dismissing the hard work of teachers and the hard-won gains of low-income students.

I know that sounds harsh. But the past few weeks have yielded some notably brazen examples.

In the wake of the FCAT writing fiasco, Fund Education Now, the Orlando-based parents group that has become a grassroots powerhouse, said the test results were “proof that Tallahassee’s ‘education reforms’ are an unmitigated disaster.” The group’s founders said “Bush’s policies have created the impression that Florida schools are failing,” according to StateImpact Florida, a group affiliated with National Public Radio. In an op-ed, co-founder Kathleen Oropeza argued that “fourteen years of unproven, expensive ‘reforms’ have not produced the rumored ‘Florida Miracle.’ “

Meanwhile, Roy Miller, president and founder of the Tallahassee-based Children’s Campaign, also took aim at ed reform in Florida, saying a new report “casts doubts on claims about the progress being made based on FCAT.” An Orlando Sentinel reporter, also inspired, used the report to sarcastically refer to “Florida’s much ballyhooed progress in student achievement.”

Here’s what all these statements have in common: a complete refusal to acknowledge that Florida students have made some of the most dramatic improvements in the nation in the past 14 years. NAEP results show this. AP results show this. Graduation rates show this. In the 1990s, one academic indicator after another showed Florida kids wearing dunce caps in the nation’s academic cellar. But in the last four years no less a respected arbiter of education quality than Education Week has ranked Florida No. 11, No. 8, No. 5 and No. 11, respectively, among all 50 states. It must be emphasized that the gains have been especially strong for low-income and minority students. Reform supporters have rightly lauded the trend lines, rightly noted there are miles to go, and, again and again, rightly thanked the talented, driven teachers who were essential to making it happen.

Some critics, though, act as if nothing has changed – or that things have gotten worse. The statements from Fund Education Now are richly ironic. This same organization has repeatedly painted a portrait of hobbled and dysfunctional public schools. In fact, Fund Education Now is the lead plaintiff in a pending lawsuit that charges the state with failing to live up to its constitutional duty to provide “high quality” schools. This detail wasn’t mentioned in the StateImpact story.

Last month, we politely rapped Fund Education Now for the “unmitigated disaster” claim. But in her op-ed, Oropeza makes that statement look tame, throwing down one fear-stoking whopper after another to support her case of zero progress.

PolitiFact, where are you? Oropeza is wildly off the mark about the cost of standardized testing in Florida (the state hasn’t paid the Pearson testing company billions; the current four-year FCAT contract is worth $256 million); the impact of the state’s third-grade retention policy (it’s nowhere near “likely” that 36,000 of this year’s third-graders will be retained, as she asserts, because historically about half are still promoted); and how the policy works (students are not retained or promoted based on FCAT scores alone).

Roy Miller, whose group also has worthy aims, also has trouble with the details. He riffs on a new report that examines the differences in proficiency rates between state tests like the FCAT and the National Assessment of Educational Progress, which is better known as NAEP and widely considered to be the gold standard among standardized tests. He concludes: “These startling differences in national and state test results do nothing to assure taxpayers about progress being made in Florida.”

It’s true that NAEP and FCAT have set different bars as to what constitutes “proficient” (grade level on FCAT is more aligned to “basic” on NAEP). But that hardly diminishes the considerable progress that Florida students have made on NAEP. Whether you look at basic or above on NAEP, or proficient or above (and it must be noted there is a long-running debate about whether NAEP’s proficiency bar is too high) Florida NAEP scores have, until recently, been rising fast. It’s true, too, that some states heartily congratulate themselves for strong gains on their own tests even as they flatline on NAEP. But Florida isn’t one of those states. FCAT lines pretty much parallel NAEP lines. Finally, it should be pointed out that Cornelia Orr, Florida’s testing director for years, is now executive director of the National Assessment Governing Board, which oversees NAEP. The board responsible for arguably the nation’s most important test wouldn’t have hired her if the FCAT was the dud its critics claim it is.

All this isn’t to say Florida is anywhere near where it needs to be. Not. Even. Close. Far too many kids are still falling through the cracks. And here at redefinED, we obviously believe that expanding school choice will help keep some of them from doing so. But the vast majority of students remain in traditional public schools, and we want those schools to be as good as they can be.

The overwhelming evidence suggests they have been improving at a decent clip. Kids in Florida public schools, especially low-income and minority kids, are much more likely today to be reading and doing math at grade level, to be taking and passing college-caliber AP exams, to be graduating. Policy changes deserve some credit, especially those that forced schools to focus more on struggling students. But it’s teachers who carried out those policies. They gritted their teeth. They did more with less. And at the end of the day, they engaged, motivated and educated more kids to reach their potential.