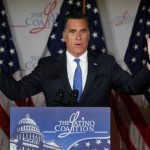 Gov. Romney gave a speech last month to a Hispanic audience calling for more school choice for parents. He promised, if elected president, to provide all children from low-income families and all special needs children with choice in a broad range of public and (where legal) private schools. This is a promise that should very much please school choice supporters.

The likelihood of Congress actually passing such a plan may be small, but a president can provide leadership (although this could turn out to be like many of President Reagan’s pro-family promises during his campaigns that failed to yield actual policy changes).

While Romney’s broad rhetoric was attractive, what was distressing about his talk is the uncertainty as to just how his promise could be delivered. As I will explain, I fear the Romney team has not sufficiently thought through the details.

For public school choices that families would make, things are clear enough. Today, federal funding for low-income and special needs students is distributed in a very complicated way. Romney’s plan would simplify things by converting that funding into specific amounts per eligible pupil and, more importantly, that per pupil funding would follow the child to the school he or she actually attended, whether traditional, charter, magnet, out-of-district, or whatever – thereby providing the child’s school with extra money to help pay for extra services the children from low-income families may need in order to achieve at grade level. This is how federal aid to education should be working already and is overdue.

But for those families choosing private schools, the proposal is much murkier. Federal aid to education is a small share of overall school funding, and so a low-income child’s per pupil share of federal aid (say, $2,000 a year) would, in most cases, be far too little to pay the tuition at either a religious or secular private school. Put differently, we are talking about a sum that would be far less than the $7,500 per pupil now provided by the federal government (by way of vouchers) to low-income families in the District of Columbia who send their children to private schools participating in the voucher plan (a successful program that Romney supports continuing).

Romney’s speech talked obliquely about requiring states to assure private school choice as a condition of getting any federal education aid at all. This strategy would seemingly mean that the federal government would require states seeking any federal funding for their regular public schools to offer a District of Columbia-like scholarship to all low-income families who opted for private schools. And those scholarships would then be financed by a combination of federal aid plus state and local funds. (For more details about such a strategy see: Sugarman, “Two School-Finance Roles for the Federal Government: Promoting Equity and Choice” 17 Saint Louis University Public Law Review 79-108 (1997), available at http://www.law.berkeley.edu/9619.htm.)

Notice, however, that this solution would likely be perceived by many state politicians as an unfunded federal mandate which requires them to come up with the needed additional tuition funding for qualifying children that the federal government’s aid failed to cover. On the face of it, this seems an unlikely position for a supposedly fiscal-conservative Republican to take. So, would the upshot be that the private school option for low-income families would turn out to be a mostly hollow promise? Perhaps.

Yet, it is possible that Romney’s team thinks that states could actually save money if they were forced to subsidize private school choice in the way described above. The core idea here is that the state tax dollars that would otherwise be spent on educating children in public schools would no longer be needed. That line of argument works reasonably well if the families who would be eligible for public funding of private school choice currently have their children in public schools and would otherwise keep them there. The savings in foregone public school spending on those children might indeed exceed the new state cost of private school tuition support for them that would be needed beyond the federal aid.

But what about all those eligible children who are currently in private schools? Although only a moderate share of existing private school children are from low-income households, there are still a lot of them. In order to keep states from losing money on the deal, would funded school choice be denied them? Ouch. And even if so, would parents then respond by putting their children in public school for a year, qualifying for private school financial aid, and then moving the children to private schools, where they had intended to put them in the first place? This is a very difficult and delicate policy matter to which Romney’s speech gave no attention.

There were a few words in Romney’s speech that suggest he may be pushing for public funding of private school choice for all families. While this could be a good idea, many such plans that have been put forward in recent years have features that, in practice, would mainly help middle- and upper-income families and not meaningfully help low-income families. This is using school choice to move in the wrong direction.

One other side matter: in a number of states today, using public funds to support private school choice is unconstitutional. These provisions (generally termed “Blaine Acts”) are the product of anti-Catholic sentiment in the second half of the 1800s. (Although new plans that provide state tax credits for donations to scholarship-granting organizations that in turn help low-income children attend private schools may be a way around these state law limits, I put that strategy aside here.)  While the federal government, as a condition of federal funding, could probably legally insist that states repeal these constitutional limits, it seems odd that a states’-rights person like Romney would push for this use of federal power. So, it seems that, at the outset, he would bow to denying publicly-funded private school choice to low-income families in Blaine Act states. That, alas, seriously undercuts the general promise Romney announced.

As the architect Mies van der Rohe is said to have exclaimed: “God is in the details.”