Editor’s note: Here’s another selection of “choice nuggets,” a feature we started last week to keep some smaller but still blogworthy items from going to the compost heap.

Are vouchers too popular, or not popular enough?

For years, school choice critics have posited that vouchers and tax-credit scholarships will open the floodgates for a mass exodus from public schools. So it was a bit of a monkey shock last week to read Diane Ravitch belittling Louisiana’s new voucher program because, in her view, too few students had applied.

“Not exactly a stampede for the exits,” Ravitch wrote. “No big rush to enroll in the little church schools that are supposedly better than the public schools … ” 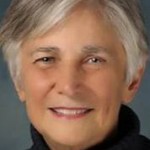 According to published reports, about 9,000 students applied for vouchers, not counting those already enrolled in the voucher program in New Orleans. Sounds like a lot of people to me. But if it’s obvious that only a small percentage of parents will opt for private schools (because, truth be told, most parents are satisfied with their public schools) then why are critics so upset? Doesn’t that undermine the argument that school choice is a Trojan Horse for profiteers?

Ravitch ends her piece by suggesting Louisiana officials puffed up the application numbers. “As usual,” she concluded, “they were playing the media for headlines.”

A tale of two reports

Two national reports released in the last week purported to offer some gauge of academic progress in Florida’s public schools. One relied on apparently undisclosed measures to determine that Florida’s educational ranking dropped from No. 35 to No. 42 in the past year. The other tracked nearly 20 years of scores from the National Assessment of Educational Progress to conclude that Florida students have made more progress than their peers in every state but one.

Guess which report got more play?

The first one, from CNBC, looked at education and nine other factors to rank states based on how attractive they are to business.  (Florida dropped from No. 18 to No. 29.) But on the education portion, it wasn’t clear to me which K-12 measures were tallied. The most I could find was a vague reference to “test scores, class size and spending.” I tried contacting CNBC to get more detail, but only got an automated response with no answers. (If I overlooked the obvious, please let me know.)

The lack of detail didn’t bother a number of news outlets, several cranky blogs or … Diane Ravitch. A Tampa Bay Times columnist described the report as “in-depth” and noted the tumbling ed ranking in the sixth paragraph. Ravitch, meanwhile, celebrated it on her blog under the headline, “Note to Jeb Bush: Florida Loses Its Bragging Rights.”

“It seems that businesses not only want to find a pool of well-educated workers, they also want to find good schools for their families,” she wrote. “Florida, the home of school choice, is not doing such a good job on that score.”

By contrast, the Education Next report, “Is the U.S. Catching Up?” was put together by a trio of highly regarded researchers. They looked at how states have stacked up against each other over time, and how academic gains in the U.S. compared to other countries. “Progress within the United States,” it concluded, “is middling, not stellar.”

Among states, though, Florida was singled out with Maryland, Delaware and Massachusetts for making significant progress. “Had all students throughout the United States made the same average gains as did those in the four leading states,” the report said, “the U.S. would have been making progress roughly comparable to the rate of improvement in Germany and the United Kingdom, bringing the United States reasonably close to the top-performing countries in the world.”

As far as I can tell, this catchy angle about Florida’s perpetually criticized education system didn’t make it into an actual newspaper. But it did spawn three blog posts. The Tampa Bay Times’ Gradebook blog made several good points about the study and what it did and didn’t say (for instance, that it’s not clear why some states have been more productive than others). It also mentioned the all-important context here.

In case anybody has forgotten, Florida is in the midst of the biggest backlash yet against its public school accountability system, with many critics denying that the state has made any progress. Once again, a credible report surfaces to contradict that notion, and it’s mostly overlooked.

As with parents, it’s clear that more and more teachers are choosing educational settings beyond traditional public schools, be they private, charter or on-line. And based on anecdotal evidence, I’m sure a fair number are migrating from the traditional to alternative sectors.

I’m trying to gather hard numbers, but in the meantime, I thought I’d share a few stats that the folks at Florida Virtual School were kind enough to share with me.

“Charters live and die based on performance — as opposed to bad district schools which, like Ol’ Man River, just keep rolling along.”

That’s Bill Phillips, president of the New York Charter Schools Association, in an op-ed he wrote for the New York Post this week. His column appeared after the release of this year’s test scores in New York, which showed poor kids, kids with disabilities and English language learners in charter schools were all outperforming like students in traditional public schools.

“I can tell you that assessments are here to say. Some would say we shouldn’t have them because it causes too much anxiety. So do sports. And I’m pretty sure we’re not getting rid of sports.”