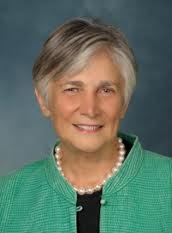 The public release of test scores for low-income students on Florida Tax Credit Scholarships received remarkably little attention in the news media this year, leaving bloggers the freedom to interpret serious academic analysis with what amounted mostly to potshots.

Not surprisingly, Diane Ravitch weighed in to wag her finger at the straw men who have touted vouchers as “a panacea.” But at least she didn’t challenge the credentials of the state-contracted researcher, whose national reputation for thorough independent-minded critical analysis didn’t prevent two lesser-known Florida bloggers from doing so. She also didn’t snipe at a respected education writer for the state’s largest newspaper, branding her reporting on the test results as “propaganda,” as several online commenters did.

This kind of noise is usually best regulated by shutting the door, but those who have genuine concerns about whether a private learning option can help struggling, underprivileged schoolchildren deserve straight answers. I certainly cannot be viewed as an unbiased observer, but my work for the nonprofit that oversees the scholarship at least makes me an informed one.

So let’s start with Dr. Ravitch, who to her credit recited three direct paragraphs from the 41-page report. She also said that “students in voucher schools made academic gains similar to their peers in public schools,” which is a generally correct statement. But rather than read more deeply, she tried to minimize the significance through unsupported and unimportant claims that Florida tax credit scholarship supporters promised miracles.

The test scores and associated research do not speak to academic miracles, but they are encouraging. To repeat some portions of our previous post, two findings are critical for context.

First: For five consecutive years, the state researcher has determined that students who choose the scholarship are among the lowest performers in the public schools they leave behind.

This is a finding Dr. Ravitch left out of her excerpts, so here it is: “Program participants tend to come from less advantaged families than other students receiving free or reduced-price lunches. As in most prior years, program participants tend to come from lower-performing public schools prior to entering the program. Likewise, as in prior years, they tend to be among the lowest-performing students in their prior school, regardless of the performance level of their public school. The tendency for the weakest prior performers on standardized tests to choose to participate in the FTC Program is becoming stronger over time.”

This is important stuff, because it reflects that these students are on the wrong track academically and, without some change in approach, are likely to continue their decline.

Second: The scholarship students are much poorer than the students remaining in public schools who are on free or reduced-price lunch.

Last year, the average household income for scholarship students was only 12 percent above poverty. That compares with the maximum allowed public school income of 85 percent above poverty, which itself comes with a considerable caveat. The lunch program is an honor system in which 3 percent of students are checked each year. Almost two-thirds of those households either failed or refused the audit in the most recent year the researcher reviewed the results.

So the word “peer” can be misleading when used to characterize the relationship of scholarship to public school students. And that is why the dismissive tone of Dr. Ravitch’s assessment seems entirely too convenient.

What we know concretely from the 2010-11 testing report is that some previously struggling students from households near poverty achieved the same gains in reading and math as all students of all income levels nationally. We also know their scholarship that year cost the state about 41 cents on the total public school dollar. No one should be claiming these scholarships are a panacea, but the evidence to date is hardly a disappointment.