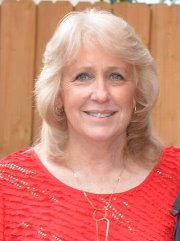 If you need any more proof that the political coalition for school choice is as broad as it gets, listen to Nancy Stacy, a school board member-elect in Marion County, Fla. Stacy is a Republican Party activist, backed by the Tea Party, who describes herself as “to the right of Jerry Falwell.” But in some of her battles with school boards, she said, her closest allies were feisty moms “to the left of Hillary Clinton.”

Now Stacy, 58, has plans to use her new power as a school board member to pitch school choice and parental empowerment to low-income parents, particularly minority parents. She suggests many of them are probably fans of President Obama, but … so what?

“One thing all parents have in common with one another, regardless of political party, is we all want the best education for our children,” she said in a phone interview with redefinED. “I work with anybody that can help me with that goal.”

For two decades, Stacy has been a steady pain for the district, unleashing her inner pit bull on everything from curriculum to scheduling. Don’t get her started. Within minutes, the retired construction company owner will be railing against a school system that has “become a jobs program,” blows money on “snake oil peddling consultants,” and is run by “a bunch of jocks.“

Stacy said she was inspired by Herman Cain to run for school board instead of again backing other candidates. Her opponent was a retired school administrator. He had strong backing from the teachers union. The reaction last month when he lost?

People were “freakin’ slap out,” she said. “Totally.”

They don’t believe what she’s going to do next, either, she said.

She plans to keep her “education freedom fighter” hat on and go directly to the communities where schools are falling short. She’ll be bringing two messages that go hand in hand: Here’s how you access other learning options for your kids – charters, vouchers, etc. And/or: Here’s how you can stay and fight.

Stacy said she knows what it’s like to take complaints to the system – and be rebuffed. She remembers a principal telling her, in a sweetly patronizing voice: “Well Mrs. Stacy, you’re the first parent who’s ever complained about this.”

“I said, ‘You know something? That’s Administration 101. Let’s start over. I’m Nancy Stacy. Nice to meet you.’ The lady just quit breathing,” she said. “Administration 101: Intimidate the parents and make them go away. I’m going to teach the parents to not fall for that.”

She said she’s not going to let them forget they have options, either.

This election cycle, Stacy was/is one of several viable school board candidates in Florida who openly backed school choice. Such candidates are still terribly rare, but Stacy – who Jeb Bush appointed to a statewide school choice task force nearly 20 years ago – said the blossoming of choice options is beginning to register with more parents and, in turn, more candidates.

“I think there’s a level of confidence that we have within us that we know it will work now,” she said. “We’re seeing parents making choices. It’s just spread.”

“Our universities are world class. Our K-12 is not. There’s only one significant difference,” she continued. “One is driven by competition of choice. One is not. “

As a new school board member (she’ll be sworn in Nov. 20), Stacy said she’s committed to stoking the momentum.