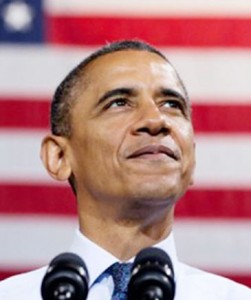 President Obama has often called on us to be true to who we are as a people, as Americans. And in his second term, he has the opportunity to transform the education system back to our core – to where parents are primarily in charge of children’s educations.

We have paid a price for transferring authority and responsibility for educating children from parents to government entities. With mostly though not always good motives (remember Brown v. Board of Education), we allowed the dream of the government-owned and operated common school to live on despite overwhelming evidence that, in reality, it wasn’t working. A child’s educational destiny continues mostly to be a function of his/her zip code and the competence of strangers who sit on local school boards.

For more than three decades, a long, slow correction of this anomaly in American society has been underway. First, intradistrict and interdistrict transfers began to appear that allowed limited parental choice within some parts of the public school system. Then magnet schools surfaced, offering options such as vocational, talented and gifted, and language immersion programs, and responding to more demands. In 1992, charter schools emerged. Today they account for almost 6 percent of all public schools, approaching 6000 total, and the number grows steadily each year because the demand from parents so far is insatiable.

Thanks to my colleague at the American Center for School Choice, Gloria Romero, a new tool has appeared. The parent trigger empowers parents to make changes to their school when they are not satisfied. Already 20 states have considered the approach and seven have adopted laws.

Private school choice programs continue to gain support, too. And they have done so despite fierce opposition from forces that want to defend market share over a parent’s right to choose. Today, 32 such programs operate in the country. And in recent years, many school choice bills have either been passed by legislatures with Democratic majorities or signed by Democratic governors. Just as important, once enacted, these programs have only grown. No state has repealed a program or decided choice does not serve the public well. Moreover, the doomsday scenarios that opponents consistently forecast for public education systems have never happened.

It’s said you can’t argue with a river; it is going to flow. Parents are going to take back the authority and responsibility for educating their children. The river has been flowing for more than 20 years and the current is gaining speed. It’s time for more Democrats to stop arguing as families assert their fundamental and universally accepted American value that they know the best choice for their children. Democrats need to work in positive ways to transform our system. We need good schools and there’s plenty of room for all types – public, charter, and private.

President Obama has the life experience, as well as the political skills and credentials, to lead this transformation, and to make it less jarring and less confrontational.

He has clearly embraced parental choice, up to a point, with charter schools. He erred gravely, and I believe deviated from what he asserts are his values and roots as a community organizer, when he failed to support the Washington, D.C. Opportunity Scholarship Program. Parents in urban America clearly need as many educational options as possible. Government should not be foreclosing those options; government does not know whether the government’s alternative to the parent’s choice is better. This is a moral and civil rights issue the nation and my Democratic Party needs to confront. Making children and families the first priority in education is much less of an evolution in thinking and policy than the president made to favor same sex marriage.

President Obama has launched important initiatives in education. He pushed for better teacher evaluation and training and increased accountability with Race to the Top. In the next four years, continued support for removing limitations on numbers of charter schools and providing federal support for starting new charter schools is critical. As the effort to renew the terribly outdated No Child Left Behind Act resumes, the president could advance his standing as a reformer by reaching across the aisle to embrace Romney and Republican ideas to increase open enrollment in public education. That way, more families could choose which public school they would like to attend and not be confined to one district. Romney’s recommendation that Title 1 and special education (IDEA) funds follow the student to any school has merit and should be explored. These ideas would support the ongoing return of power to parents.

Restoring parental empowerment is not a panacea. But it will bring balance to the system and dramatically reduce the chance that deficiencies will simply continue unaddressed and uncorrected. In his second term, President Obama can help empower community members, in this case a whole nation, to take control of and responsibility for a quintessential part of their being – the education of their children.

People will remember that for a long time.