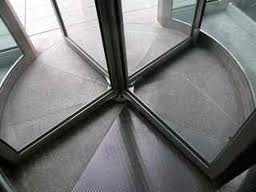 Construction money. Supporters of traditional public schools say charter school funding is leaving them in a bigger bind, reports the St. Augustine Record. Says Colleen Wood with 50th No More (and Save Duval Schools): “It seems to be the idea that parental choice is the guiding principal (for charter schools) as opposed to (students getting) the best education possible.”

Rubio and tax credit scholarships. Florida offers a model for a federal program proposed by U.S. Sen. Marco Rubio, writes the Choice Words blog. (Step Up For Students, which co-hosts this blog, administers the Florida program.)

Evals. The ones for administrators came out last week, too. StateImpact Florida. But there’s a disconnect between the new evals and school grades, writes Naples Daily News columnist Brett Batten.

Stuck in the ’70s. In an editorial about the three finalists for ed commish, the Tampa Bay Times likens the DOE to “an old pinball machine” and asks: “At what point does the privatization of the public school system go too far? And what will you do move the focus off of vouchers and back to the heart of Florida’s future – its traditional public schools?” Orlando Sentinel columnist Beth Kassab says go with Tony Bennett.