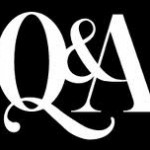 Within minutes of his selection as Florida’s next education commissioner this morning, Tony Bennett was in the midst of his first press gaggle in Florida (well, if four reporters can constitute a “gaggle”). Among several things that were noteworthy, Bennett said he probably didn’t do a good job of communicating with teachers in Indiana about coming changes – and vowed to do better in Florida. He raised the question of whether the new teacher evaluation law in Florida needs to be tweaked. And he described himself as an “unabashed supporter of school choice” for this primary reason: Social justice.

“I have school choice because I can afford it. And in Indiana, I believe every parent in the state of Indiana should have the same choice I had because I could afford it,” he said. “And that’s social justice. Every child should be able to live the American Dream the way the Bennett children lived the American Dream.”

Here is a transcript of Bennett’s remarks, edited slightly for length and clarity.

Q: What’s your reaction to the selection?

Bennett: I’m humbled and honored first. I’ve often said that I thought I had the dream job, working with a second-term governor with a very high approval rating. Who made education reform a priority. And who basically said, ‘Go out, develop, executive and implement the nation’s most aggressive education reform agenda.’ And he basically said, at every step along the way, ‘I support what Tony Bennett’s done.’

The reason I give you that context is because there’s only one state I believe is better than that. And that’s Florida. Florida has a rich history of serving students in a way that I don’t believe any other state has replicated until Indiana came along in the past four years. And I have made the comment many times that if I wasn’t the state chief in Indiana, the place I always thought you could make the biggest difference for children, not only in the state, but in the national context, is in Florida. Because I think this state is so vitally important to the national education discussion.

And I look forward to working with Gov. Scott, who I think has an incredible amount of foresight on the issue of really articulating very plainly the linkage between education and jobs. So many times we forget to make that linkage. And if you’re going to be successful in creating jobs, you’re going to have to be successful in creating a pipeline to fill the jobs. And I look forward to standing with him on the issues to forward that agenda.

Bennett: Well there’s no question I have a very strong relationship with Gov. Bush. Gov. Bush helped us in Indiana during my four years. The foundation had an incredible impact. So there’s very little question I have an incredible relationship with Gov. Bush. I’ve been with the Chiefs for Change. And I chair that group currently, and actually was with it when it started. So I believe again, Gov. Scott’s vision, and combining that with the rich history that was started by Gov. Bush, and building on those things, again I think puts Florida in a position to really be the envy of the country.

Q: What kind of things can you do, or will you do, to ease that tension over ed reform in Florida? Is there anything you can do to lower the temperature?

Bennett: Yesterday during the interview process we had a lot of discussions around that. First of all, I firmly believe that you have to communicate vision. And I think we heard today, as I was watching the stream, we heard a lot about communications. I think that’s a must. I think we have to find the linkage to communicate with Florida’s teachers.

Frankly, it’s probably a place over the last four years that I would probably have to say in Indiana, we probably didn’t do a good job of doing that. And it’s really been an issue in the entire education reform movement. I think folks who believe in the things I believe in, I think at times we have not done a good job of reaching out and really discussing with educators about how this is good for them. And as a consequence, many of us have been depicted as angry reformers. … Do I seem like an angry guy? (He laughs.) The fact is, though, that happened.

Q: I know a lot of teachers who don’t think it’s good for them at all. How do you convince them that it is?

Bennett: First, I think the idea – and again, I’ll use my own daughter Trish, who not just because her dad believes these things, because Trish has the most independent mind of any 27-year-old you’ll ever encounter. Trish believes that it is the utmost of professionalism to be evaluated on outcomes. And the gnashing of teeth that we hear about this, in my opinion, from very well intentioned, passionate teachers, isn’t that they don’t want to be evaluated. They want to know the system is fair. And we have to accept the fact that the discussion in this country around evaluations is relatively new. And I think we are, to your point, many times confronted with the concept that we had an imperfect system. We are replacing it with a system that’s probably going to have its own imperfections. Yet people think that we should replace imperfection with perfection. And I think we have to be very honest and very open about the discussion that again, reform is never finished.

Q: We’ve had problems with the teacher evaluation system data. What do you plan to do to fix that?

Bennett: First, there are a number of issues. I made this comment yesterday during the interview. You have to take a look at what created all the discussion on that specific instance. Were there problems within the department that we have to address? And I think first and foremost the department must become credible, and make sure that what we do is accurate, and is done in the most transparent and fair manner. And I think that builds credibility in the field.

We also have to help local districts with their capacity. You heard from the local superintendents talking about capacity building in their local districts. We have to talk about that. That’s another issue.

And the last thing we have to look at, and we have to be willing to do that, you have to take a look at legislation. Is the legislation one that needs to be tweaked? And so just as I said yesterday during the interview, I think we have to address this issue with the mentality that everything’s on the table to discuss.

Q: You’re a strong supporter of the new voucher program in Indiana. How important is school choice to you?

Now your question is why? That’s a very fair question. First and foremost, it’s about social justice for me. I’m going to use Tony Bennett as an example. Now my children are grown. Now I’m going to take you on what would happen if I had school age children today. If I had school age children and this happened to me today, what would I do? I would get my family down to Tallahassee, and we would drive around Tallahassee and decide where the best schools are. Am I right?

Guess what? I have school choice because I can afford it. And in Indiana, I believe every parent in the state of Indiana should have the same choice I had because I could afford it. And that’s social justice. Every child should be able to live the American Dream the way the Bennett children lived the American Dream. And you know what? When we moved to southern Indiana, we did that little routine. We put our kids in the car. We went to all the communities in the area. And we decided where to live. And we made a choice based on what’s best for our kids, because we could afford to buy a house in that community. So No. 1, I believe it’s a socially just public policy.

Two, we’ve seen in Indiana that competition does improve education. I get numerous emails from superintendents who now tell me, we didn’t necessarily like the idea of choice, until we saw two things: How it helped us. And how it made our schools better. Because they responded to the competition. Of course in Indiana we have a very robust public-to-public school choice. We have charter school choice. We have vouchers. We have scholarship tax credits. And we have a fairly open home school law. So there is robust choice in Indiana. But many public school administrators would tell you today that that competition did make them better. And they’re now thinking very keenly about how they serve children.

Q: Can you talk about your thoughts on testing beyond what you said yesterday. Because school boards, even the governor, have talked about reducing the emphasis on testing.

But I want to be very clear about what I said yesterday too: We also have to talk about putting kids on the same win-loss axis as teachers. You heard that discussion in here today. Florida set the bar for that with its third grade reading program many years ago. And look at the results that came out. Teachers aren’t the only ones being held accountable in that particular policy. I made the comment yesterday about Advanced Placement courses. By and large, Advanced Placement courses have a very high acceptance rate among high school teachers. Because guess what? There are two people being held accountable there. Students and teachers are on the same win-loss axis.

Q: I still hear from teachers who say there’s too many tests for them to prepare lessons sometimes, that there’s not enough instructional time. Is there a way we can scale back on the amount of testing?