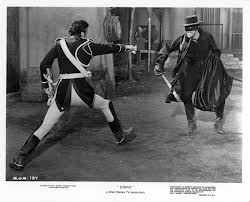 Florida reform duel. At Jay P. Greene’s Blog, researcher Matthew Ladner responds to a recent critique of Florida’s reforms from Matt Di Carlo at the Shanker Institute. If you want a serious discussion of what’s working or not in Florida, including the impact or not of school choice, these guys are among the ones to read. Ladner’s conclusion: “The problem for Florida reform skeptics, in short, is that there simply isn’t any other plausible explanation for Florida’s gains outside of the reforms. … With large aggregate gains and plenty of positive research, the reasonable course is not to avoid doing any of the Florida reforms, but rather to do all of them.”

Better Burger vs. Bigger Burger. School boards have too big a conflict in interest in approving charter schools. EdFly Blog.

Teacher evaluations. The Pinellas school board tweaks its state-mandated system, but still doesn’t like it. Tampa Bay Times.

Teacher input. Get more of it. Tampa Bay Times.

Teacher turnover. Too much of it. Fort Myers News Press.

Educator conduct. Volusia County teacher caught in child predator sting, reports the Daytona Beach News Journal. Palm Beach County teacher accused of DUI and offering sexual favors to an officer, reports the Palm Bach Post. The Florida Times-Union has more about a demoted principal who allegedly failed to follow testing protocol. Hillsborough demotes a principal and fires three other employees in the wake of the drowning death of a student with Down syndrome, reports the Tampa Bay Times.