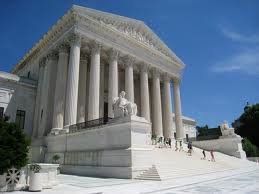 The Orlando Sentinel recently published a blog entry about a new website that opposes students using publicly-funded vouchers to attend private schools that teach creationism. The site asserts, “Teaching creationism with public money is unconstitutional. It violates the First Amendment of the U.S. Constitution which lays out a clear separation of church and state.”

I’m fine with citizens opposing the teaching of creationism. I would not send my child to a school that taught creationism in lieu of evolution, but the assertion that it’s unconstitutional is false.

In the 1925 Pierce v. Society of Sisters decision, the U.S. Supreme Court ruled parents are responsible for determining how and what their children are taught. And in the 2002 Zelman v. Simmons-Harris decision, the court ruled parents may use public money to pay for tuition at faith-based schools provided their choice is genuinely independent, and the funds go first to the parents and then to the school.

Florida’s school voucher programs all adhere to the Zelman requirement that funds go first to the parent and then the school, which is why using publicly-funded vouchers to attend faith-based schools is an exercise of the First Amendment’s freedom of religion clause, and not a violation of the Establishment Clause. (By the way, the term “separation of church and state” does not appear in the U.S. Constitution. That phrase was used by President Thomas Jefferson in a January 1, 1802 letter he wrote to the Danbury Baptist Association of Connecticut, reassuring them that he opposed the government interfering with their religious practices.)

The Sentinel wrote that some state officials think tax credit scholarships are more constitutional than vouchers because tax credit funds never touch the state treasury, but, again, the key to the Zelman decision is the path the funds travel to arrive at a faith-based school. Once public funds are given to the parents, they become less public and more private, which is why their expenditure is an exercise of religious freedom and not government-supported religion.

This new website is the work of a young college student whose commitment to civic engagement is admirable. But facts are also important and the U.S. Supreme Court has spoken clearly on this issue.