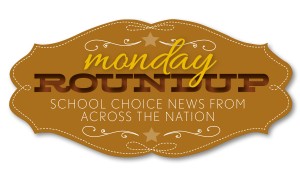 Louisiana: The teachers union in New Orleans asks for the names of teachers in the city’s charter schools in the hopes of organizing them (The Lens).

Virginia: Democratic lawmakers kill a charter school bill and snub their party’s national platform in the process (Watchdog.org). More from the Associated Press. A bill to allow home-schoolers to play sports in public schools – a so-called “Tebow” bill – passes the House but must still clear the Senate (Associated Press).

New Jersey: Most charter schools in the state are in outdated facilities, according to an analysis by charter supporters (Newark Star-Ledger).

Illinois: Thousands of charter school supporters rally for a bill that would increase charter funding (Chicago Tribune). More from the Chicago Sun Times.

Indiana: Parents in Gary sing the praises of vouchers and faith-based schools (Post-Trib.com)

Arizona: Lawmakers will consider a bill that requires school choice information be mailed to parents every year (Arizona Republic).