I am more politically incorrect than your average guy, so when I heard President Obama call for universal pre-K for 4-year olds in the State of the Union, I cringed. With all the raucous enthusiasm ringing around this issue since the speech, adapting Warren Buffet’s investment approach to public policy might be wise: when everyone is bold, it’s time to be cautious. 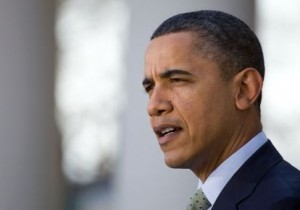 In 2006, when I was with California Parents for Educational Choice, we were part of a coalition of organizations that defeated Rob Reiner’s ballot initiative to bring universal pre-K to the state. It was introduced to widespread public approval, but by Election Day garnered only 39 percent of the vote. The electorate came to understand three major elements they did not like:

* Expanding pre-K to everyone, including middle class and upper income families, is hugely expensive and precious little, if any evidence, supports much educational value added for the middle class and wealthy.

* The initiative vastly expanded the existing public school monopoly, which hardly has a resounding record of educational success, especially with poor and minority students. It also mandated collective bargaining, swelling the ranks and economic power of the California Teachers Association, an organization that systematically stands in the way of innovation and reform.

* The academic outcomes were questionable. A Reason Foundation analysis found from 1965 to 2005, 4-year old participation in preschool programs had grown nationwide from 16 percent to 66 percent, but we had virtually no evidence of increased student learning on the National Assessment of Educational Progress (NAEP) by fourth grade. Oklahoma, with a universal program since 1998, finished dead last on the 2005 NAEP, actually losing four points.

But that was close to seven years ago and admittedly, I haven’t followed the pre-K issue regularly. So I spent the last few days reviewing some studies and data. The key word in the Obama proposal is quality.

We likely can justify a highly targeted effort on kids in failed families or families that simply have no resources – financial, social, emotional, or cultural – to allow their children to mature and develop normally. But when Obama declares, “We know this works,” he overstates and simplifies our experience.

We know many places it has not, with the largest and longest example being the Federal government’s own Head Start. The government’s six year study, finished last October, found improved preschool outcomes, but “little evidence of systematic differences in children’s elementary school experiences through 3rd grade, between children provided access to Head Start and their counterparts in the control group.” Teachers actually reported unfavorable impacts, at the end of both the first and third grade, for the Head Start group’s social-emotional development. Given that Head Start has been at this since 1965, bringing quality to pre-K is no given.

This is reinforced in the latest yearbook from the National Institute for Early Education Research (NIEER). It flatly declares, “the overall picture with respect to quality standards is dim” in state-funded pre-K programs. Unquestionably, the Great Recession has adversely affected these programs, but NIEER further notes “data from the past decade indicate a longer-term trend of eroding quality and the gradual substitution of inexpensive child care for early education.” Since the early word is Obama intends to provide matching and/or supplementary funding to the states, this is particularly worrisome.

Raising quality, even in a state like Florida, with a large ongoing program, is likely to be a huge expense. Florida provides access to its state-funded program for 76 percent of its 4-year-olds, the best in the country. But it only meets 3 of 10 NIEER quality standards. California likewise meets only 3 of 10 standards. In fact, 43 percent of the nation’s enrollment is in pre-K programs that meet less than half of NIEER’s quality benchmarks. This alone argues strongly for a cautious, highly targeted approach.

Education quality is all about teaching quality and moving to universal pre-K faces significant hurdles. Most children enrolled in state pre-K today attend programs where teachers are not required to have bachelor’s degrees and assistants must only have high school diplomas. Although the research still appears to have some conflicting conclusions, the trend is showing higher quality is most frequently tied to programs with teachers who have a bachelor’s degree and a certification in early childhood education.

A 2010 Pew Center on the States analysis found significant human resources challenges for states that wish to expand pre-K. First, colleges and universities lack sufficient resources in multiple critical elements: course offerings, degree-granting, early childhood development programs and full-time faculty, especially diverse instructors who have experience with a broad range of communities and cultural contexts. Course content often did not seem to align with what pre-K teachers most needed to be successful in their classrooms.

Second, the existing workforce will need significant time and resources to meet higher professional standards. Tuition costs alone will likely exceed one-third of current salaries. And many existing teachers would also have to balance a full-time job and parental/family responsibilities with a return to nearly a full-time student role.

If the federal government nevertheless decides to step into pre-K, expecting the institutions – namely urban school districts, which have failed to educate generations of these children –to suddenly become their saviors is truly the triumph of hope over experience. A federal pre-K program should place a high priority on states that incorporate significant parental school choice into their programs. In fact, many, if not most, of the pre-K programs in the country right now are in the private sector. That knowledge and experience should not be excluded to benefit increased market share for school districts that have a dismal track record.

In Andy Smarick’s recent book, “The Urban School System of the Future,” he argues that authorizers and operators of schools should be separate, a principle of the charter school movement. This might be an ideal opportunity to encourage states to put this approach to the test and have school districts, charter management organizations, and the private sector pre-K programs submit proposals to an independent authorizer who would review them and monitor quality. The authorizer would close those that did not meet the standards after being given a fair opportunity to do so, and encourage replication of those that did. That entity would also continue to invite more innovative approaches that could meet identified needs.

At the heart of what my organization, the American Center for School Choice, believes is that the education of the child is a fundamental responsibility of the family. So when families fail or cannot fulfill that responsibility, society should assist them while preserving their right to choose what is best for their children. We have evidence that quality pre-K can make a difference, but like all our issues in urban America, delivering the solution is not simple or inexpensive. Money is only a part of the solution. We need to be tough-minded in addition to being well-intentioned.