When Sarasota Academy of the Arts opens this fall, the Florida K-8 school still will have the feel of the Julie Rohr Academy, the private school it used to be. Small campus. Small classes. A special curriculum devoted to music and the arts. 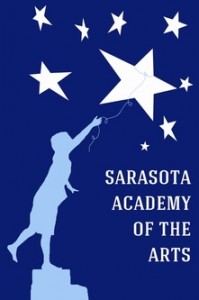 But the new school won’t be a private school. It will be a public charter school.

The conversion is symbolic of a significant trend coursing through the school choice sector. Private school enrollment is falling. Charter school enrollment is rising. And the potential repercussions – particularly on faith-based schools and the communities that value them – have yet to be fully aired.

The new Sarasota Academy will have state-certified teachers, state-mandated tests and, most importantly, nearly twice as many students. It’s that enrollment boost that led Julie Rohr and her son, Matt McHugh, to make the difficult decision to shut down their family-owned school and apply to become a charter.

“When my mother started our private school 35 years ago, there were five public schools in the area and a couple of private schools,’’ McHugh said. “Now we have charter schools, virtual school – and homeschooling is a big thing now.”

“There are just so many options right now that are free,’’ he said. “And, obviously, that’s a huge challenge for us. We had to figure out how to reach more kids.’’

It’s a dilemma shared by private schools in Florida and beyond. Between 2002 and 2010, private school enrollment nationally tumbled from 5.4 million to 4.5 million. Over the same span, charter enrollment climbed from 666,000 to 1.8 million.

There’s no doubt many parents are making the switch, even if it means giving up the faith-based atmosphere they’d prefer. Some private schools are following their parents’ lead.

Barbara Hodges of the Florida Council of Independent Schools, which accredits 160 schools, said she hates to lose a school like the Julie Rohr Academy. But at the same time, she said, going charter is “breathing some life and financial sustainability into a fine school.’’

It’s a move others may have to consider with the proliferation of charter schools and other school choice options. According to the National Alliance for Public Charter Schools, today’s charter school enrollment now reaches 2.3 million – and continues to grow at a steady clip.

Catholic schools also are feeling the heat. Nationally, Catholic school enrollment fell 22 percent from 2002-03 to 2012-13, with the number of schools dropping from 8,000 to 6,685, according to the National Catholic Educational Association.

In Florida, enrollment inched up slightly this year, for the first time in five years. But at least six Catholic schools have closed since 2008-09, said James Herzog, associate director for education for the Florida Catholic Conference.

A few of those schools, with new owners and leadership, became charters, he said.

Although Catholic superintendents support school choice and charter schools, “the Catholic identity is such a core part of our schools,’’ Herzog said. “We want it to be interwoven in everything we do.’’

In Jacksonville, the Seacoast Christian Academy ended its K-5 program in 2011 and moved it to a new campus with a new mission. The Seacoast Charter Academy no longer offers weekly chapel, but students are exposed to an arts program and can return to the Christian school in the sixth grade to complete their education.

Principal Marla Stremmel told the local newspaper the economy hurt many of the school’s families, who could no longer afford tuition. “We really got tired of losing our parents,’’ she said.

Michael Burroughs, executive director of the Florida League of Christian Schools, said he knows of only one member school out of about 260 that closed and opened as a charter school.

In Leesburg, leaders of the Lake Montessori & Learning Institute hope to open a separate charter in 2014-15. In recent years, the school has struggled with enrollment, dropping from 125 students during the height of operation to 90, administrator Kristina Giunta said.

The trade-off? The charter will lose some autonomy it enjoyed as a private school and have to submit to district rules and state mandates, including administering the Florida Comprehensive Assessment Test.

Private schools are prohibited from converting to charters. But school districts have allowed some, like the Julie Rohr Academy, which continues to operate a private pre-K, to open a charter on the same campus as a private school. The charter must be a separate school with its own board and financial management and enroll students through a lottery – things not required of private schools.

“Legally, we’re two separate entities,’’ said McHugh, who, along with his mother, will not serve on the charter board. Some of the private academy’s teachers will become charter school teachers. All but 10 families, who weren’t picked in the lottery, will attend in August.

“Obviously, they’re very excited, but nervous,” McHugh said. They’re coming to a new school, with a new name. But it will still feel like home.